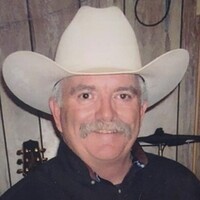 In the early morning hours of January 27, 2022, Ronald Jay Shober, “Ronnie” of Southern Campbell County, WY passed, from this life to the next, where the grass is always green and the horses never cripple. He was 68 years old and passed in his sleep with family and friends nearby. Ronnie was born to Ira F. “Ike” and Ila Shober in 1953. He spent his early life with his family of 6, ranching on the Shober Homestead on North Horse Creek, North of Gillette, WY. With siblings and cousins nearby Ronnie had many wonderful memories of his childhood. The funniest memories usually involving Cousin Dave Shannon. In grade school Ronnie began working on the Morse Ranch which was later known as the Harris Ranch. Ronnie worked for Glenn Morse and then Jayne and Nick Harris through high school and for a short while after getting married. Ronnie met his match in Jo Ann Camblin whom he married on May 28, 1976.  In 1979 Ronnie and JoAnn moved to a place of their own with all their worldly possessions, which consisted of three saddle horses, a modest herd of cows, starter herd of sheep, three dogs, and one blind cat. The new ranch was originally the Otis Wright homestead, south of Gillette on the Belle Fourche River. Ronnie had always wanted to ranch and raise a family. Fortunately, Ronnie and JoAnn had several nieces and nephews, whom they adored and kept them busy before they had children of their own. As of 2022, there are many middle-aged men and women, some officially related and some not, who refer to their Uncle Ronnie with fondness. On March 10, 1980, Ron and JoAnn welcomed their favorite son, Ira D. Shober into this world. Then with great efficiency, 13 months later, they welcomed their favorite daughter, Sarah J. Shober, into this world on April 17, 1981. That’s when life got super easy.  In the spring of 1984, Ronnie was a new business owner and new father when a horrible spring storm hit which made everyone’s lives even easier. Ronnie could have looked at all the insurmountable problems in his life and chosen to just give up. Fortunately, Ronnie had faith in his creator and His son Jesus. Hindsight has revealed, that long before 1984 God had already placed many mentors, friends and neighbors who have time and again shown up when times got tough, who have been used by God to create a silver lining in the darkest of clouds. Ronnie credited his ranching education not to a University but to several mentors who’s words carried him throughout his life. Mentors such as his dad, Ike Shober, Glen Morse, Jayne and Nick Harris, Eric Ohman and father-in-law Earlie Camblin. Close friends and neighbors who have shown up and whom Ronnie would have accredited as “making life possible” such as Ohmans, Carters, Moores, Driskolls, Hacketts, Perssons, Dobrenzs, Mankins, Johnsons, Bells, Hudsons, Roushs, Becks, Geers, and all his family listed below and other friends too numerous to mention. Ronnie loved to team rope, golf, play cards, and laugh, but most of all he loved every moment he was able to spend with his four grandkids: Kayson Conway, 9 years old, Emily Shober, 8 years old, Charis Conway, 7 years old, and Benjamin Shober, 6 years old.  Ronnie is survived by wife, JoAnn Shober of 45 years; children: Ira (Melanie) Shober and Sarah (Kyle) Conway; four grandchildren; siblings: Tanya (Larry) Suchor, Mickey (Linda) Shober, Diane Shober; brothers-in-law: Tut (Collette) Camblin and Doug (Charlene) Camblin as well as numerous nieces, nephews and even several great, and great-great nieces and nephews. Those who preceded Ronnie in death include: his father, Ike Shober; father and mother-in-law, Earl and Jean Camblin; his mother, Ila Shober followed Ronnie’s lead and met him in heaven 2 days after Ronnie arrived.  Funeral services for Ronnie will be held 11:00 a.m., Saturday, February 5, 2022 at the Church at the Barn, interment will follow in the Mt. Pisgah Cemetery.  Visitation will be from 4-6 p.m. on Friday, February 4, 2022 at Gillette Memorial Chapel. Memorials and condolences may be sent in care of Gillette Memorial Chapel 210 West 5th Street, Gillette, WY 82716. Condolences may also be expressed at www.gillettememorialchapel.com

To order memorial trees or send flowers to the family in memory of Ronald Shober, please visit our flower store.