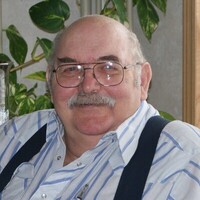 Ronald John Holbrook, 82, of Gillette passed away Tuesday, Aug. 2, 2022, peacefully, at his home, surrounded by his family. Visitation is from 4-6 p.m. Monday, Aug. 8 at the Gillette Memorial Chapel. A celebration of life begins at 11 a.m. Tuesday, Aug. 9 at the Family Life Church, 480 South Hwy. 50 in Gillette with Pastor Marty Crump officiating. Following the celebration, there will be a reception in the Wyoming Room at the Best Western (Towers West).  Interment will be at Moore Hill Cemetery in Hulett, Wyoming. Ron was born June 20, 1940, in Grangeville, Idaho, to Albert and Lois Butts. He was raised in Hereford, Oregon, on the family ranch. Ron played high school football in Hereford where he graduated in 1958. After graduation he continued ranch work until 1959, when Ron met the love of his life, Beverly Jean Cape, at a dance. Ron and Bev were married Sept. 10, 1960, in Baker, Oregon, where they were blessed with three beautiful daughters, Tanya, Robin, and Ronita. Throughout their time living in Hereford, Ron worked for the forest service and as a logger. In 1973, Ron moved his family to Saratoga, Wyoming, where he continued working as a logger until 1974. Ron then moved his family to Gillette, where he began truck driving for True Oil for four years. Ron, AKA, “Truck” by his coworkers, began working with Bel Ayre Mine in 1978 where he would remain until he retired in 2002. After his retirement he worked for Advance Truck and Auto moving vehicles until they went out of business. When it comes to hobbies and interests, Ron was all about his family. He enjoyed watching all his children, grandchildren and great-grandchildren in all of their activities. If he wasn’t attending those, you could find him at home enjoying them on the TV or radio. Ron was a charter member of the Gillette Elks Lodge #2825 and was officer of the year in 2003 and 2004. He was a key member in starting up the annual Gillette Elks Hoop Shoot and proudly continued to help with it until his health forced him to step back. His biggest achievement and his most prized possession were always his family and the relationships he built with his friends over his 82 years. Ron never met a stranger. In fact, one time he had accidentally called the wrong number and ended up speaking with that person for over an hour. Ron is survived by his wife of 62 years, Beverly; children, Tanya (Pete) Reynolds, Robin (Joey) Cash, and Ronita (Nathan) Shouldis; 10 grandchildren; 22 great-grandchildren; 4 great-great-grandchildren; sister, Phyllis (Ken) Colpitts; and one niece. He was preceded in death by his parents; his sister, Elaine Downen; brothers-in-law, Jack Downen and Duane Dowell; nephew, K.C. Colpitts; and his lifelong friends, Ed and Helen Barnette, and Tyke Conroy. Memorials and condolences may be sent in care of Gillette Memorial Chapel, 210 W. Fifth St., Gillette, WY 82716. Condolences also may be expressed at gillettememorialchapel.com.

To order memorial trees or send flowers to the family in memory of Ronald John Holbrook, please visit our flower store.