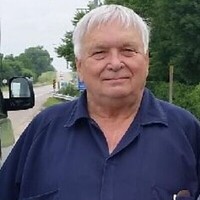 Roland “Spike” J.  Osentowski, 81, of Gillette, Wyoming passed away on September 29, 2021. Spike was born on April 8, 1940 in Ord, Nebraska and graduated from High School there. Spike met the love of his life, Joyce, and they later married in 1976. He loved reminiscing about the old days; He often told stories of their early years, his days as a Golden Glove boxer, hunting, fishing, snowmobiling, race cars, motorcycles and sharing his love of music, especially polka. Spike was known in the community for his extensive career in the oilfield, his love of the outdoors and his passion for all things shooting and reloading. Spike enjoyed providing for those he cared about and spending time with his grandchildren and great-grandchildren. Spike enjoyed the company of his close friends from his work in the oilfield and those who shared his passion for shooting and reloading. Spike spent the past few years caring for Joyce after an accidental fall.  He was an amazing at home caregiver. As her health worsened, Joyce entered a rehabilitation center where she currently resides.  Being separated from his wife was a lot on his heart. Anyone that knew Spike also knew he was reserved person, but those closest to him knew of the stressful times he endured. He will be greatly missed. He is survived by his wife - Joyce; his sons - Paul & Mark (Tammy) Osentowski and their 4 daughters; stepdaughters - Jan Miller, Anne Harrod & Beverly (Mike) Decker; his grandchildren - Randy (Gina), Jackee (Patrick), Rick, Jenny, and Ryan; his great grandchildren - Ryker, Kinzi, Aidan, Owen, Lillian, Sophie, Kadia, Kalea and Kiana; his– brothers Donald (Maxine), Carl (Jean), Jerome, sister – MJ and nephews – Allen, Gary, Dave, Jeff and nieces – Donna, Tammy; and his close friends. Spike is preceded in death by his father - Edmund, mother – Helen, and his great granddaughter - Faith Totzke. A private memorial will be held at a future date. Memorials and condolences may be sent in care of Gillette Memorial Chapel 210 West 5th Street, Gillette, WY 82716. Condolences may also be expressed at www.gillettememorialchapel.com

To order memorial trees or send flowers to the family in memory of Spike Joseph Osentowski, please visit our flower store.