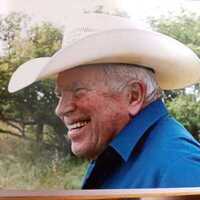 Roger Ingus Biesheuvel of Gillette, Wyoming took his first breath in Heaven on September 27, 2021. He was born to Dick and Angie Biesheuvel on October 18, 1939 in Linton, North Dakota. Roger joined the Army National Guard February 1961 and served until December 1971 attaining the rank of Specialist 5/E5. He married the love of his life on December 26, 1966 after being told that they had to wait until after Christmas. Within the six years following that union, they filled their home with the giggles and shenanigans of a daughter and two sons.  Roger knew the value of hard work and the importance of providing for his family. He kept busy on the pipelines and worked for the city of Sturgis, South Dakota until an opportunity took him to Wyoming to work at the newly opened Clovis Point Mine. After retiring from the mine, Roger went into contract lawn maintenance which he loved. Anything to do with the outdoors filled his soul. If there was a camp spot open, a fish to catch, a deer or antelope to be hunted or a bird to watch from the porch, you would find Roger near. If there was a horse to be broke, a dog to be whispered, or a llama to hum with, it was Roger doing it. He had the perfect temperament to have a special connection with any animal that was near him – a way of communicating, understanding, a trust. His wild heart was always on the lookout for the next great adventure to experience. And he loved to laugh. He brought joy to many and showed love and compassion to numerous friends and neighbors. He was always willing to be interrupted. Roger is survived by his wife JoAnn; his daughter JoEllen (Dallas) Claypool, sons Jim (Jenni) Biesheuvel, Justin (Eliza) Biesheuvel; mother Irene Biesheuvel, sisters Delores Hardy, Bonnie (Al) Trautman, Susan Gimble, Mary (Mike) Nieuwsma, and brother Dan Biesheuvel; eight grandchildren – Brett Siscoe, Madison Allin, Justin (Kimmy) Swearingen, David (Alejandra) Claypool, Patricia (Adam) Morris, Desiré (Jeremy) Alaniz, Christopher (Niki) Claypool, and Jordan Hazen; 15 great grandchildren with two on the way who will hear all about their great grandpa, and numerous nieces and nephews, and extended family and friends. Roger was preceded in death by and is now reunited to his mother Angie and father Dick; two grandchildren, Kody Cross and Eli Claypool, and a great grandchild Eliza Alaniz. A celebration of Roger’s life will be held Saturday October 2, 2021 at 11:00 a.m. at the First Baptist Church located at 501 S. Gillette Avenue in Gillette, Wyoming. In lieu of flowers, donations can be made to the Eli Claypool Memorial Baseball Scholarship Fund. Memorials and condolences may also be sent in care of Gillette Memorial Chapel 210 West 5th Street, Gillette, WY 82716. Condolences may be expressed at www.gillettememorialchapel.com

To order memorial trees or send flowers to the family in memory of Roger Biesheuvel, please visit our flower store.