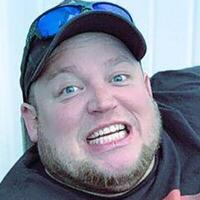 Rod Lawrence Bergquist III, was born April 14, 1985, in Gillette, Wyoming and was the oldest son to Rod and Ree Ann (Hodges) Bergquist. He was raised in Gillette.

He graduated from Campbell County High School in 2003, and then attended the Roberto-Venn School of Luthiery in Phoenix, Arizona and graduated as a certified luthier on June 25, 2004. He then moved to Boston, Massachusetts, for an internship with First Act.

Rod returned to Gillette in 2006, following the death of his father so that he could be closer to his sister Ginny. He then began working for GCR Tire and then worked for Big Horn Tire and later returned to GCR Tire where he worked until the time of his death. Rod continued to work with guitars through designing, building and repairing.

Rod was a wonderful friend to anyone he encountered. Rod loved all those around him. He was a proud loving father, uncle, and brother. He and Ginny had a bond that could not be broken and many times he referred to his sister as his best friend.

Rod, like his father, was a lover of all types of music and continued his passion by continuing to design, build and repair all types of guitars for friends in the community. Rod was also a lover of astronomy, he enjoyed stargazing with his family and friends.

He was preceded in death by his grandparents and parents.

Rod will be missed by his family, extended family and the numerous friends he had throughout his life.

Condolences may be sent to Gillette Memorial Chapel, 210 W. Fifth St., Gillette, WY 82716 or via the internet at gillettememorialchapel.com.

To order memorial trees or send flowers to the family in memory of Rod L. Bergquist III, please visit our flower store.