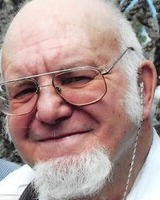 On November 4, 1938 Robert Lynn Heald was born in Oshoto, WY to George and Barbara Heald. He was raised near Oshoto on the Heald road where his parents and Heald relatives homesteaded. Robert grew up with sisters Mary and Alyce, and brother Charles, gaining a love for the ranching life instilled by George. Robert was very active and even rode bulls as a teen. Well into his life, Robert loved playing cribbage, doing puzzles, and dancing. He graduated from Campbell County High School then continued his education attending trade school for auto mechanics. Robert was proud to serve his country in the Army for three years, being stationed in Germany. After the army, he was employed as a mechanic at the Shell station when he met his first wife Jessie Nichols. Together they were blessed with three children; Tammy, Robert Jr. and James. Robert worked hard at many different jobs including Wyodak mine and was able to purchase his first ranch by Wyodak. He eventually sold it and bought a larger ranch in Recluse, where he raised sheep, cattle, and chickens, proud to fulfill his dream of being a rancher. Robert had various other jobs outside of ranching which included the oilfield, guiding hunters, and as a hand for other ranchers. While living in recluse he married Margaret Brown in 1995. He was quick to welcome Margaret’s three daughters as family. After retiring from ranching, Robert moved into Gillette becoming a landlord, manager, and maintenance man, with the purchase of 6 units at Eagle’s Nest apartments. When he sold the apartments to officially retire, he was still a regular at the Senior Center for luncheons and fundraisers, and remained quite active, frequenting the county fairs, walking at the County Rec Center, and spending time with family and friends. Robert spent his last few years at the Legacy Living Center where the staff became a family away from home lovingly caring for him.

Robert was an active member of Holy Trinity Episcopal Church where his parents had attended. He had a tender, compassionate spirit, and a precious heart of gold. He will be greatly missed, and lovingly remembered. Robert was preceded in death by his first wife, Jessie, sons Robert Jr. and James, niece Bobbie Jo Heald, and step-grandson Tanner Miller. Robert was also preceded in death by his brother Charles and sister Mary Leberknight. Robert is survived by wife Margaret Heald, daughter Tammy and her husband Russell Good, daughter-in-law Patricia Heald, stepdaughters Linda Brown, Nona and husband Shawn Connors, Jeannie and husband Mike Miller, grandchildren Marcus Heald, Brooklyn Heald, Trestin Swiggett, Brenna Connors and Shawn M. Connors, Will Miller, Kyle Miller and Andrew Miller, and one great-grandchild Lukas Brown, and is also survived by his sister Alyce Little, sister-in-law Donna Heald and brother-in-law Jim Leberknight as well as numerous friends and family members.

Funeral service for Robert will be held at Holy Trinity Episcopal Church on Thursday August 18 at 10:00 a.m. with reception following immediately. Graveside service in Recluse WY will follow reception.

The family sincerely thanks staff of the Legacy Living Center for all the love and care given Robert. Memorials may be made in Robert’s name to benefit Recluse Community Trust Organization. Memorials and condolences may be sent in care of Gillette Memorial Chapel 210 West 5th Street, Gillette, WY 82716. Condolences may also be expressed at www.gillettememorialchapel.com

To order memorial trees or send flowers to the family in memory of Robert Lynn Heald, please visit our flower store.