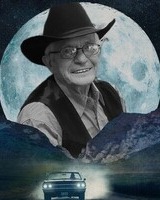 Robert “Bobby” Melvin Deaver II, 73, of Gillette died January 13th, 2022 of natural causes. Bobby was born on May 20, 1948 in Gillette, Wyoming to Evelyn (Davis) and Robert Deaver. He was the oldest of three children. Robert attended country school until the eighth grade and then moved to school in town. Robert was active in 4-H where he showed sheep. In 1966 Robert graduated from Campbell County High School. After graduation, Bobby worked various jobs and all throughout the seventies he worked for his dad at Deaver construction. In 1977, he started his own trucking company. Over the years, Bobby has worked for various trucking companies and coal mines. Bobby was full of a love for life and many things in life. He enjoyed snowmobiling, camping, and spending time with family and friends. In 2007, Bobby and his wife, Kay Deaver (deceased), adopted their son Camron Josiah Deaver. After the loss of Kay, Bobby reconnected and found his final soul mate Debra Almen. The two spent the last few years living life, enjoying family, and going on new adventures together. Robert is preceded in death by his parents and wife, Kay Deaver. He is survived by his soul Mate, Debra Almen; his son, Camron Deaver; six step-children: Laci Almen, Codi (Philip) Hatzenbuhler, , Hope (Gale) Larsen, Guy (Shannon) Brinkerhoff, Danny (Amber) Brinkerhoff, Autumn (Tim) Malson, Phillip (Justina) Brinkerhoff; numerous grandchildren; great-grandchildren; sister, Karen (Ed) Wolff, and brother, Mike (Pam) Deaver. He was preceded in death by his step-son and daughter-in-law, Warren (Kari) Brinkerhoff. A Celebration of Life will take place at 3 pm on January 29th at the Moose Lodge in Gillette, WY. In leu of flowers memorials are suggested to Camron Deaver at Campco Credit Union. Memorials and condolences may be sent in care of Gillette Memorial Chapel 210 West 5th Street, Gillette, WY 82716. Condolences may also be expressed at www.gillettememorialchapel.com
To order memorial trees or send flowers to the family in memory of Robert M. Deaver II, please visit our flower store.