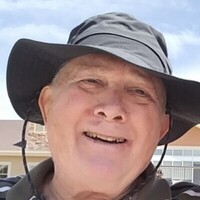 A celebration of life will be held at the First Baptist Church in Gillette, WY on Friday, Oct 22nd at 3 PM with internment to follow at Mt Pisgah Cemetery and reception immediately after.

Robert “Bob” Davis was born on August 27th, 1933 in Los Angeles, CA to Lester and Violet (Watry) Davis, the oldest of three children. He passed away peacefully on Oct 10, 2021 at the age of 88. Bob spent most of his youth in San Gabriel, CA. His favorite childhood pastime was visiting his grandparents and playing with cousins on their farm. His grandfather, Edward Watry, was very influential in his life and fostered his interest in all things electrical. He would ultimately go on to get his amateur radio license and become an FCC licensed radio telephone operator. He grew up attending San Gabriel Union Church where he met his first wife, MaryAnn Hall.

Bob attended Bob Jones University in Greenville, SC and graduated in 1955 with a BA in Bible Studies. He married MaryAnn on April 15th, 1957 at San Gabriel Union Church and graduated from the California Baptist Theological Seminary with a Master’s Degree in Religious Education in September of that year. He went on to graduate from CBTS with a Bachelors of Divinity on May 12th of 1959.

Bob took MaryAnn to their first church assignment far from the warmth of Southern California as the pastor at the First Baptist Church in Bottineau, North Dakota where their oldest daughter, Robin was born and where they began the adoption of their only son, Jonathan. They were called to the FB Church in Trent, South Dakota in 1964 where their third child, Elise was born and later to Watertown, SD where their youngest daughter, Joy was born. Bob was instrumental in developing, funding and building the new First Baptist Church in Watertown. In the Dakotas he had the radio call sign K0YOV. In 1976 he decided to leave the pastorate and moved his family to western South Dakota where he pursued a career in radio and electronics repair, although he continued filling in as temporary pastor in many churches. His new occupation took him to Gillette, Wyoming in 1979 where he later worked at the Black Thunder Coal Mine until he retired.

After MaryAnn passed away in 1982, Bob married Joan (Jo) Brandner on Nov 18, 1983. They enjoyed a life of hobbies together that included a continuing interest in amateur radio where Bob had earlier earned his Extra Class License (WG7Y) and Jo her Technician License (WY7JOD). They toured and camped together in their motorhome, spent time fishing in their boat, could be seen flying around town in their powered parachute, and enjoyed time with their extensive family. Bob was active in local emergency communications and events and with the Northeast Wyoming Amateur Radio Association where he also served on the Board of Directors.

Bob will be remembered as a committed and loving husband and father who gave much of himself to his family and community. He was a dedicated servant of God and felt a deep calling to serve his Lord and Savior through everything from leadership in churches to service to community and friendship with everyone he met. He always had a big smile for everyone and a twinkle in his eye. He wanted to be remembered “as one who cared about people and helped people.” He was blessed to achieve that life goal, but not as blessed as those who were recipients of his love.

To order memorial trees or send flowers to the family in memory of Robert Edward Davis, please visit our flower store.