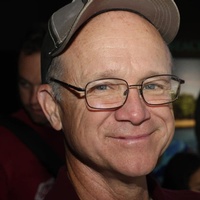 A gathering for Richard Schmitz will be held on Thursday September 6, 2018 from 6:00 p.m. to 8:30 p.m., at First Assembly of God Church for friends and family.  Funeral service will be 10:00 a.m., Friday, September 7, 2018 at First Assembly of God Church 601 Carey Ave, Gillette, WY.  Richard LaVern Schmitz, 63, passed away from this life and into eternity on August 30, 2018. He was born on January 13, 1955 in Harlan, Iowa to LaVern and Mary Schmitz. Rick was the oldest of seven children. Rick graduated from Harlan Community High School in 1973. After high school Rick attended Iowa Wesleyan College where he met and fell in love with Crystal LeAnn Kuhlmann. They were married on August 30, 1975 and got to celebrate 43 years of marriage on the day of his passing. They were blessed with five children, Aaron, Benjamin, Noah, Sarah, and Matthew. Rick truly was a jack of all trades as he tried numerous trades throughout his life, from beekeeping with his father LaVern, to working construction with his good friend, Tom Powers. He later was employed at Jacobs Corporation, working his way up from laborer in the machine shop to salesman. Never one to shy away from adventure, he packed up the family and moved to Canon City, Colorado, where he and son Aaron started a construction company, Homebuilders Construction. From 1996 to 2008, Rick and Aaron, along with his 2 sons Noah, Ben, and several employees, prided themselves on building quality, custom homes. Rick always said those were the best years of his life, “getting to work alongside his boys”.  In 2008, they packed up again and moved to Gillette Wyoming, where Rick worked for Wyoming Machinery, a CAT dealer, until his death. Rick, or “Smitty” as most people knew him, was a man after God’s own heart. He was an honest, hardworking man who loved his family dearly. You could not find a more devoted or selfless husband and father.  He often worked more than one job to support his growing family, while also making time to do special things with them. His family will always remember the ski trips, motorcycle outings, and other activities they did together. He was always quick to lend a hand to anyone in need. Rick was also a teacher, always imparting his wisdom and skills onto the next generation, whether it was to his own children, grandchildren, or other kids from his time as a volunteer youth group leader and Royal Ranger leader. Rick loved building things, they were in the process of building a new house. He also enjoyed doing woodworking, automotive work, and photography. Rick leaves behind to cherish his memory, his wife, Cris; children, Aaron (Starlitt); Benjamin (Lisa); Noah (Melissa); Sarah (Jonathan); Matthew (Lindsay); along with 19 grandchildren.  Memorials and condolences may be sent in care of Gillette Memorial Chapel 210 West 5th Street, Gillette, WY 82716. Condolences may also be expressed at www.gillettememorialchapel.com

To order memorial trees or send flowers to the family in memory of Richard LaVern Schmitz, please visit our flower store.