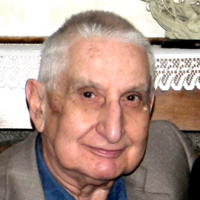 Richard C. Hilbert, 91, of Gillette, Wyoming went home to be with the Lord on Dec. 7, 2020, after complications from surgery.  Richard was born in Reading, PA on Nov. 29, 1929 to Irvin and Grace Hilbert. Richard graduated from Reading Senior High School in Reading, Pa. He played basketball in his youth and in later years became a basketball coach. He joined the Army on Oct. 11, 1951. He served as a Corporal and was honorably discharged on Oct. 10, 1959. Richard was a hard worker and was employed for many years in Quality Control at Hoffman Industries, Sinking Springs, Pa. In 2011 Richard moved to Gillette, WY to live with his son and family. He faithfully attended Grace Bible Church. He enjoyed talking about the Bible, fellowshipping with people, especially when reminiscing about the old days. He loved children, pets, sports, and old movies. He was a faithful follower of his Lord and Savior, as well as a loving and faithful father, grandfather, and great-grandfather. He will be greatly missed by his family and friends. Richard was preceded in death by his wife, Jeannette (Kozlowski) Hilbert; stepbrother, Harold Dietrich, Baltimore, MD; sister, Evelyn Knerr, Reading, PA; brother, Edward Hilbert, Reading, PA.  He is survived by his son, Daryl Hilbert and daughter-in-law Darlene, Gillette, WY; step-daughter Sheryle Stoudt (Lynn), Reading, PA;  grandson, Caleb Hilbert (Krista), Astoria, OR; grandson, Tyrell Hilbert (McKenna), Gillette, WY; granddaughter Danielle Hadley (Cody), Gillette, WY; and six great-grandchildren. Also, surviving is his sister Dorothy Pizzo, Reading, PA. Services for Richard Hilbert will be held Tuesday, Dec 15, 2020 at 7pm at Grace Bible Church in Gillette, Wyoming. Memorials and condolences may be sent in care of Gillette Memorial Chapel 210 West 5th Street, Gillette, WY 82716. Condolences may also be expressed at www.gillettememorialchapel.com

To order memorial trees or send flowers to the family in memory of Richard Charles Hilbert, please visit our flower store.