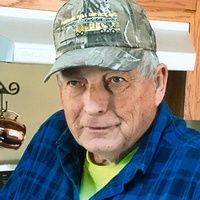 On January 9, 2019, we lost a loving husband, father, grandfather and brother. Richard “Dick” Hein age 78 passed away at Close to Home Hospice following a short illness.  Dick was born on December 16, 1940 in Lewistown, Montana to Chet and Violet (Birney) Hein Mishler.  He was the oldest of six children

Dick joined the military after graduating from high school and served several years stationed in Germany.   He returned to Lewistown and married his sweetheart Amy Archey of Lewistown, Montana on August 12, 1961, and with this union had three children.  Dick was recalled back into the service and was stationed at Fort Ord in California.  After being honorably discharged from the U.S. Army, he enrolled in an electrician apprenticeship program that spanned three states including Montana, Colorado and Wyoming.  Eventually obtaining his journeyman electrical license.

The young family moved from Montana to Colorado to finally ending up in Gillette, Wyoming in 1972.  Upon arriving in Gillette, Dick worked for Sturgen Electric as an electrician then went to work for Tri-County Electric as a lineman.  In 1978, he started working for AMAX Coal as a heavy equipment operator where he spent the remainder of his working career until retiring in 2000.  During his time at the mine, he and his family enjoyed fishing, hunting, and camping either in the Big Horn Mountains or at Keyhole Reservoir.

Dick lived his life surrounded by his children, grandchildren and great-grandchildren.  He enjoyed showing the little ones how to bait their hooks and helped them pull the fish up on to the boat.  He loved sitting around the campfire at Keyhole laughing and enjoying eating the Walleye caught that day.

Dick is survived by his loving wife Amy of 57 years, daughter Jackie (Dale) Morris of Millan, MO; and sons Scott (Shyla) Hein of Gillette, WY; and Mitchell (Wendy) Hein of Pine Haven, WY.  He is also survived by two sisters Carol Jennings of Lewistown, MT; and Debbie (Bruce) Adels of Pine Bluffs, WY.  In addition, Dick was blessed with nine grandchildren and eight great-grandchildren with two more on the way.

He is preceded in death by his parents Chet and Vie and three brothers; Ronnie, Jack and Donnie Hein.

A memorial service for Dick will be at a later date when friends and family can join in a celebration of his life in Pine Haven, Wyoming. Memorials and condolences may be sent in care of Walker Funeral Home 410 Medical Arts Court, Gillette, WY 82716.

To order memorial trees or send flowers to the family in memory of Richard Chester Hein, please visit our flower store.