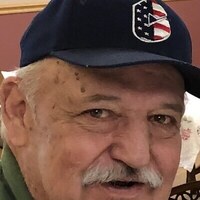 Richard Doyle, 71, also known affectionately by many as 'Big Dick', died peacefully in his sleep on Jan. 17, 2022 in Gillette. A Celebration of Life will be held at a later date, date, time and location will be published when set. In lieu of flowers donations may be made to the Richard Doyle Memorial Fund (aka Big Dick's Memorial). Memorials and condolences may be sent in care of Walker Funeral Home 410 Medical Arts Court, Gillette, WY 82716. Condolences may also be expressed at www.walkerfuneralgillette.com

Dick was the oldest of 4 children. He was very involved in Boy Scouts growing up, earning the Eagle Scout Award. He graduated from high school in Sheridan, WY. He attended the Air Force Academy, Rocky Mountain College and Sheridan College. On, Aug. 26, 1972 he was married to Barbara Jo Kawulok in Story, WY, to this union was born a son David 'Scott' Doyle in 1973. The family moved to Laramie so Barb could complete her education in social work. Dick worked as land surveying crew chief for Girch Baker and associates. He got his surveying license and established Doyle Land Surveying in Gillette in 1983 with Barb at his side, tirelessly representing clients and developments. Doyle Land Surveying made many contributions to the development of the City of Gillette over the years. Dick took much pride in his work, and it was his passion even to the time of his death. Dick loved his grandsons DeLane and Brodie and was do proud of them, he loved supporting all of their interests and was an avid spectator at their numerous events. He loved telling people about his grandsons. The harmonica was a passion of Dick’s. I don't know that he ever left home without it. He played with local bands, as Elwood Blues with a friend as the Blues Brothers and much to Barb's dismay anytime and anywhere, vying for a position on stage as an accompanist. Storytelling was undoubtedly a favorite pastime of Dick's. He was a wealth of information and had an amazing memory for facts. He was working on a collection of stories called Brodie Tales. As a couple, Dick and Barb lived a life that brought with it so many stories filled with laughter and fun.

Survivors include son, Scott and wife Jen of Casper; grandsons, DeLane William of Philadelphia, PA and Broderick Thurston of Casper; siblings, Mary (Ted) Manderfeld of Pinedale, WY; Rob (Hawley) Doyle of Pinedale, WY and numerous nieces and nephews. He was preceded in death by the love his life for 49 years, Barbara Jo; his parents, Jack and Virginia; brother, John Doyle.

To order memorial trees or send flowers to the family in memory of Richard Thurston Doyle, please visit our flower store.