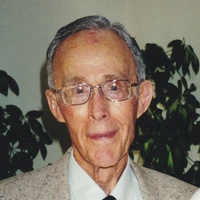 Peter Calhoun Zolman was born in Farmington, Missouri, August 18, 1923. His parents were Mary Elizabeth (Sloss) and Roscoe Adolphus Zolman. He was the oldest of three children, all boys. Peter went to sleep in death July 31, 2018 at Close to Home Hospice Hospitality House in Gillette. He attended schools in Farmington, but went to only three years of high school. When he was nearly 19 he went to school for a job with the Civil Aeronautics Administration (CAA) in Kansas City, MO. He met Elva Zubler in the school. They were both assigned to work at the airfield in Knoxville, MO. They were married February 20, 1943 in Richmond, MO. Peter was inducted into the Army Air Force March 18, 1943 at Ft. Leavenworth, KS. He spent most of his time at Scott Field, an Air Force Base at Belleville, IL, where he received communications training. Because of his high score, he was kept at Scott Field to be an instructor. The Air Force also sent him to Reno, NV to do instructing there.  He was proficient in Morse code and at the time of his death he still had the Morse code sender he had used.   He was honorably discharged February 10, 1946 at Memphis, TN. When Peter got out of the Air Force, he went to work for the CAA, later called Federal Aviation Agency (FAA), in Pueblo, CO. In 1949 he was transferred to Scottsbluff, NE. Shortly after moving to Scottsbluff, Peter and Elva began studying the Bible with Jehovah’s Witnesses. They started attending meetings, and both were baptized July 24, 1955, in Scottsbluff. Peter was able to take an early retirement from his job with the FAA at the age of 49, and he began sharing in the full-time Bible-education work as a regular pioneer. In time Elva joined him and they pioneered together for many years. In 1978 they moved to Grand Junction, CO. In 2003 they moved to Gillette to be closer to their daughters. Peter was skilled as a carpenter. He built four different homes that the family lived in, and he remodeled others, all while he was working full time. He was a pilot and enjoyed flying, Photography was one of his hobbies, and he had a dark room for developing film and printing pictures. Peter also taught himself to play the piano. He was an avid student of the Bible, and he assisted several people to come to a knowledge of the Bible. At an elderly age he learned to use a computer to assist him with doing Bible research.  As his eyesight diminished he learned to use a tablet so he could read the Bible and Bible publications using a larger font. Peter was preceded in death by his two brothers and his wife of 72 years. He is survived by two daughters and their husbands: Barbara and Dennis Isenhart of Douglas, Mary Ellen and Dave Schmidt of Gillette; two grandchildren and their spouses: Sheila and Travis Willson of Oregon, and Jerry and Anna Schmidt and great-grandson Wyatt Schmidt of Gillette. Memorials and condolences may be sent in care of Gillette Memorial Chapel 210 West 5th Street, Gillette, WY 82716. Condolences may also be expressed at www.gillettememorialchapel.com

To order memorial trees or send flowers to the family in memory of Peter Calbhoun Zolman, please visit our flower store.