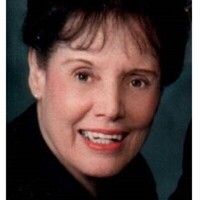 Funeral service for Pauline Votteler will be held at 4:00 p.m., Wednesday, March 16, 2022 at Gillette Memorial Chapel. Visitation will take place from 6:00 p.m. to 8:00 p.m., Tuesday, March 15, 2022, at Gillette Memorial Chapel. Pauline Francis Votteler, 90, went to be with the Lord March 10, 2022, with family by her bedside, in Gillette Wyoming. Pauline was born September 10, 1931, in Rockwell City, Iowa. Pauline spent her youth in Rockwell City. She had many loving memories of spending time with her grandparents in Pomeroy, Iowa. She developed lifelong friendships with her classmates. Pauline graduated from Rockwell City High School in 1949. After graduation, she attended Drake University and received her teaching degree. Pauline was a lifelong learner and obtained a master’s in education. She taught 5th and 6th graders for 39 years. To say Pauline touched many lives during her teaching career is an understatement, she was still receiving cards from past students Christmas of 2021. Pauline moved to Ames Iowa, in 1951 and began her teaching career. This is where she met the love of her life Vincent A. Votteler. Vincent was in veterinarian school at Iowa State University. Vince and Pauline were married December 26, 1953, in Fort Dodge, Iowa. Vince and Pauline lived in Iowa until 1972. While in Iowa their daughters, Vicki and Jane, were born. Eventually Vince and Pauline decided to make a move to Pierre, South Dakota, in 1972. Pierre quickly became home, and they settled into the community. Pauline taught at St. Joseph’s Catholic School until 1974, when she moved to Washington Elementary School. She taught at Washington Elementary School until 1993 when she retired. Pauline was active in the local chapter of the Daughter’s of the American Revolution (DARs), Delta Kappa Gamma, and a lifetime member of Chi Omega Sorority. Vince and Pauline were both strong Christians and were active members of Faith Lutheran Church. Family time was always a priority for Pauline. When grandchildren Christine and Joshua were born, the road between Pierre and Gillette, Wyoming became very traveled. Vince and Pauline made sure to attend as many dance recitals, football and baseball games, and birthday parties as possible. Vince and Pauline were married for 56 years. After Vince went to be with the Lord in 2009, Pauline decided to move to Gillette. Pauline left many loving friends behind in Pierre. With her outgoing and sweet personality, she quickly became part of the Gillette community and developed warm and loving friendships. She was able to watch the grandchildren grow into adults and was Blessed with two Great Grandsons. She was thrilled to have these sweet little babies join her life. Besides her family, Pauline enjoyed spending time with friends. If she ever told you she was praying for you, she meant it and did not fail in those prayers. Other enjoyments of Pauline included fishing with Vince, traveling, walking, being a dog owner, and reading. She passed her love of reading on to her children and grandchildren. Pauline is survived by her daughters, Vicki Parkin of St. Clair, MO; Jane Glaser, of Gillette, WY; her grandchildren Christine Winterholler, of Gillette, WY; Joshua Bradberry of Gillette, WY; her great- grandchildren, Cooper Winterholler and Declan Bradberry, both of Gillette, WY, and nieces and nephews in Iowa. Pauline’s sweet spirit, generosity, and smile will be missed by many. As the wife of a veterinarian Pauline always had a heart for animals. Memorials and donations can be given in Remembrance of Pauline to Campbell County Animal Shelter and Primrose Retirement Community of Gillette, Wyoming. Both facilities provide excellent care and touched Pauline’s heart. Memorials and condolences may be sent in care of Gillette Memorial Chapel 210 West 5th Street, Gillette, WY 82716. Condolences may also be expressed at www.gillettememorialchapel.com

To order memorial trees or send flowers to the family in memory of Pauline Frances Votteler, please visit our flower store.