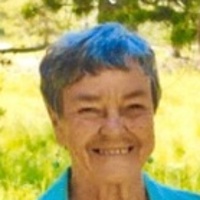 Funeral service for Patricia Nelson will be at 2:00 p.m., Monday, July 29, 2019 at the Redemption Church with Pastor Don Sullivan officiating; interment to will follow in Mt. Pisgah Cemetery. Visitation will be from 4:00 p.m. to 6:00 p.m., Sunday, July 28, 2019 at Walker Funeral Home. Pat passed away on July 23, 2019 at the age of 81 due to lung cancer at the Close to Home Hospice House in Gillette, WY. Patricia Lee (Kuntz) Nelson was born on March 6, 1938 in Yuma, Colorado to Jesse and Nelli Mae (Ridgeway) Bennett.  After attending school in Yuma, she met and married Lawrence (Larry) Kuntz. They had four children together, Kim, Mark, Robin and Greg.  They moved to Gillette on January 1, 1968. Pat spent most of her life caring for her children and working at the County Kitchen, Village Inn and the Quality Dress Shop. Pat and Larry divorced in 1981 and she later married Don Nelson on September 24, 1983.  They spent a lot of their time traveling, sightseeing, buying a log home in Custer, South Dakota and enjoying the company of family and friends. After Don’s passing in 1996, Pat continued spending time with her friends by playing Yahtzee and cards. She took many trips to Deadwood where she had a knack for penny slots. Pat spent time in Montana visiting her daughter, Kim, as well as supporting her grandchildren and great grandchildren by attending numerous birthday parties, school and sporting events. Pat had a personality that was infectious. She was the type of person who accepted you just the way you were. Pat loved having family get togethers where she could joke around with you or cuddle a baby in her arms. She was very proud of her family and made sure you knew how much you were loved. Pat is survived by her children, Kim (Marty) Auch of Hamilton, MT; Mark (April) Kuntz of Gillette, WY; Robin (Christy) Kuntz of Gillette, WY; Greg (Rikki) Kuntz of Gillette, WY; 13 grandchildren, and 21 great-grandchildren. She was preceded in death by her parents, six siblings and husband, Don. In lieu of flowers a memorial has been established in her name to benefit Close to Home Hospice House in Gillette, WY. Memorials and condolences may be sent in Pat’s name in care of Walker Funeral Home 410 Medical arts Court, Gillette, WY 82716. Condolence may also be expressed at www.walkerfuneralgillette.com

To order memorial trees or send flowers to the family in memory of Patricia Lee Nelson, please visit our flower store.