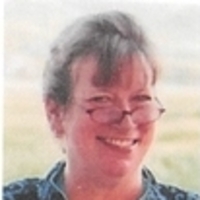 Patricia C. “Pat” Love, 66 of Gillette, passed away peacefully at home with her husband by her side on June 5, 2020 from cancer. Patricia was born April 4, 1954 in St. Louis, MO to James and Dorothy A. (Fraiser) Billings. Her parents later divorced when she was young.

Patricia grew up in Hasting, NE and later moved with her family to Gillette, WY in 1969. She attended CCHS and graduated in 1972. While in high school, she worked at Decker’s Food Center; where she met the love of her life, Matthew L. Love. They married on October 1, 1972.  The couple had two children. Patricia then went to work at Gillette’s first Kwik Shop and was known as the “First Kwik Shop Girl”. Over the years Pat worked at various jobs in the community but later enjoyed life in retirement.

Patricia is survived by her husband; Matthew L. Love Sr.; brother, Reverend Dan (Lori) Billings of Fargo, ND; sister, Susanna (Randy) Lynde of Gillette, WY; aunt, Carol Thallas of Gillette, WY; granddaughter, Kaycee Nicole Lockhart of Watertown, WI; along with numerous nieces, nephews and cousins. She is preceded in death by her parents, Gilbert and Dorothy Rauscher; children, Matthew L. Love Jr. and Nicole Lea Love and sister, Julie. No service will be held per Pat’s wishes. Memorial may be made in Pat’s name to benefit Hospice of Campbell County. Memorials and condolences may be sent in care of Gillette Memorial Chapel 210 West 5th Street, Gillette, WY 82716. Condolences may also be expressed at www.gillettememorialchapel.com

To order memorial trees or send flowers to the family in memory of Patricia Carolin Love, please visit our flower store.