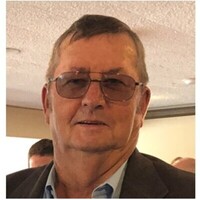 Memorial service for Pat McCabe will be held at 10:30 a.m., Saturday, August 6, 2022 at Journey Church with Pastor Grant Clark officiating.

Pat Rick McCabe, age 75, of Gillette, Wyoming died Tuesday, July 26, 2022, at his home following a valiant battle with heart disease and bone cancer. Pat was born in Cortez, Colorado on April 27, 1947, to Francis and Thelma McCabe.  He married Juanita (Nene) Rose Lorewald on September 5, 1966, in Cortez.  In 1968 they moved to Gillette, Wyoming where they raised their family and enjoyed an abundant life.

Pat worked in the oilfield from the onset of moving to Wyoming. He was a part owner of Sun Cementing of Wyoming, Inc., and working at a variety of companies in between with retirement from Basic Energy Services in August of 2018. Pat and Nene set up a smoke shop in the old Lipman’s Clothing building from 1990-1991 and met and made many new friends.

Pat enjoyed traveling to various parts of the United States particularly enjoying Las Vegas, Reno, and Mesquite where they enjoyed gambling and participating is USBC’s National Bowling Tournaments. Deadwood was a favorite get-a-way and once each family held their own Christmas traditions; Christmas Eve in Deadwood became his tradition.  He also reigned over the Thanksgiving eve Texas Hold’em matches with the family!!  In addition to bowling on the Ball n Chain league at Camelanes, Pat enjoyed pitching horseshoe at the Fireside Horseshoe Club where he received numerous awards and the Moose Lodge Horseshoe League. He also enjoyed camping and fishing with his family especially the Buffalo Lion’s Club Annual Memorial Day Weekend fishing tournament at Lake DeSmet. Pat was a Past Governor at the Gillette Moose Lodge #1957, a member of the Gillette Eagles Lodge, the Gillette Elks Club and a Member of the Sons of the American Legion.  He and his wife were instrumental in starting the Special Person Darts which hosted an annual dart tournament on the Saturday before Super Bowl every year. Many children and adults participated from the Northeastern Wyoming area.

Pat developed a love for classic cars and started acquiring his treasures which included a 1967 Chevrolet Impala he bought from his friend Bum in Sundance, then the 1955 Chevrolet Coupe from Colorado, and then on his 74th birthday he purchased the 1956 Chevrolet Bel Air here in Gillette at an auction!  Drove it to his birthday party in style and has gone to breakfast in it just two weeks ago!!

Pat is survived by his four children, seven grandchildren, four great-grandchildren: His twin brothers Rex (Terry) McCabe, Cortez, Colorado, Reed (Nihla) McCabe, Cortez, Colorado, and sister in law, Beth McCabe, Cortez, Colorado and numerous nieces and nephews.  He is preceded in death by his parents, his wife, Nene; Brother’s Dean (Roberta) McCabe, and Jay McCabe, and grandson Shawn Paul Bain.  A memorial has been established to benefit the Moose Lodge SP Darts.  Memorials and condolences may be sent in Pat’s name in care of Walker Funeral Home, 410 Medical Arts Court, Gillette, Wyoming 82716.  Condolences may also be sent via our website at www.walkerfuneralgillette.com.

To order memorial trees or send flowers to the family in memory of Pat Rick McCabe, please visit our flower store.