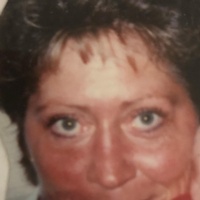 Pamela Irene Solmonson, age 60, passed away on May 11, 2019 at her home in Gillette, WY of natural causes. A celebration of life for Pamela will be held at a later date in Litchfield, MN. Pamela was born on February 24, 1959 to William and Virginia (Milbrett) Lindahl in Paynesville, MN. She spent her childhood in the New London/Spicer area before moving to Litchfield in 1973. This is where she met and married Dale Robert Solmonson on February 21, 1976 and they moved to Gillette shortly after. To this union two daughters were born (Crystal and Brandi). They later divorced. While living in Gillette, Pamela was blessed with two more children (Keanon and Aubrae). Pamela held various jobs through her life, but the one that gave her the most joy and pride was when she worked as a dietary aide for the Bethany and Gloria Dei home in Litchfield. It was there that she could share her service in her heart for others. Pamela will be remembered for loving her family, especially her grandchildren. So much so that she moved back to Gillette to be closer to them. Just like her father, she had a green thumb and could grow anything. She was known for her beautiful house plants that she could start with mere clippings. She was an exceptional cook and baker, and especially loved taking care of her home. She had a knack for making any space warm and inviting. Anyone who knew Pam could appreciate her mischievous side that loved to pull and tell practical jokes. She loved to laugh and have fun. Her children will always be thankful for her love of music, even if it meant they would have to listen to albums (or worse!) her own concert version, on repeat. We will all miss her unique sense of humor as well as her humble heart. Pamela was preceded in death by her parents, as well as one sister, two nieces, and two great-nephews. She is survived by her four children, Crystal (Perry) Sheehan of Gillette, WY; Brandi (Nick) Hefner of Saint Augustine, FL; Kaenon Maxwell of St. Cloud, MN; and Aubrae (Jeff) Pertile, eight grandchildren, two brothers, and three sisters. In lieu of flowers, the children of Pam would like you to consider making a donation to your favorite charity or organization in her honor. Memorials and condolences may be sent in care of Walker Funeral Home 410 Medical Arts Court, Gillette, WY 82716. Condolences may also be expressed at www.walkerfuneralgillette.com

To order memorial trees or send flowers to the family in memory of Pamela Irene Solmonson, please visit our flower store.