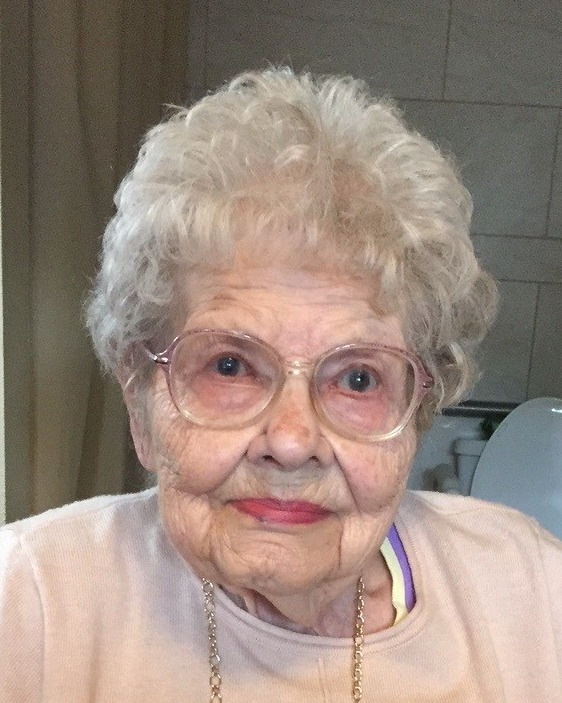 Funeral services for Nina Bannister will be held at 10:00 a.m., Saturday, November 19, 2022 at Gillette Memorial Chapel. Visitation will take place from 5:00 p.m. to 7:00 p.m., Friday, November 18, 2022 at Gillette Memorial Chapel. Nina went home to be with the Lord on Sunday, November 12, 2022. She was 94. She was born in Oshoto, WY to Jakob and Elizabeth (Wiebe) Reimer on March 3, 1928. She was the ninth of nine children so, her dad always said that is why he named her Nina. She started school in 1935 in Hulett, WY and really did walk miles to school one way with her siblings. The family later moved to Sundance, WY where she attended High School. She was the prettiest girl in her class; at least that is what her future husband always said. Gene Bannister and Nina Reimer eloped to Hardin, MT with their two best friends. All four got married as Montana didn’t require parental consent. She later joked that she didn’t know what she was thinking! The couple moved to Sheridan, WY where Gene built their first house. Their first child David was born July 8, 1949 followed by Linda who was born on Nina’s birthday March 3, 1951; next was Connie born on October 2, 1952 and four years later they would complete their family with the birth of Steve on June 16, 1956. They made their home in several towns including Red Lodge, MT, Cody, WY and finally settled in Gillette, WY. Gene and Nina opened Gene’s Furniture and with exception of helping Gene open the store, helping with big sales or being short-handed; Nina was a stay-at-home Mama. She started a childcare business in 1980 and would help raise a multitude of children before retiring in 2007. Nina was a woman of deep faith, and her greatest desire was to see her children, grandchildren, and all those greats come to salvation in Jesus. She also hummed all the time which was the sign of a thankful heart. Nina is survived by her children, David (Mary) Bannister; Linda (Steve) Bricker, Connie (Tom) Rothenbueler, and Steve (Gerri) Bannister; 12 grandchildren: Jeff, Tim and Andy Carsrud, Stephanie McKown, Geneil Hansen, Brian Bannister, Zac and Beau Rothenbueler, Katie Carpenter, Stevie, Taylor, Lucas Bannister, Pepper West and J.B. Bricker and many “greats”. Nina is preceded in death by her husband of 62 years, Gene Bannister, brothers, Hank, Alvin, Loyd and Carl Reimer, sisters, Stella, Annie, Ida, and Zelma. Nina was the last one in her family from the greatest generation. There was a great entourage that greeted her in Heaven. In lieu of flowers, please send memorial contributions to "Gillette Young Life", 1303 4th Ave., Gillette, WY, 82716. Condolences may be expressed at www.gillettememorialchapel.com

To order memorial trees or send flowers to the family in memory of Nina O. Bannister, please visit our flower store.