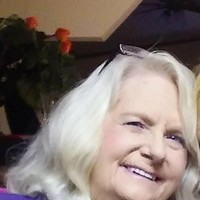 Nida L. Culp-Krum, age 68, of Gillette, WY passed away on Monday January 21, 2020 at Close to Home Hospice House in Gillette, WY. Nida was born on March 14, 1951 in Los Angeles, CA to John and Bonnie (Wirges) Culp. Nida started elementary school in Los Angeles where her father was working for McDonald Douglas. Later her family decided to move to Florida, and she finished high school there.  After graduation she enrolled in college.  Later she was in a terrible auto accident and had to put everything on hold for medical reasons.  She later decided to open a jewelry store with her father.  Nida took another job at that time bartending to make ends meet.  In the late 70’s she decided to move -back to CA, for a year than decided to move to Colorado.  In Colorado she was in a very bad motorcycle wreck. After her recovery she moved back to CA and started working for Hershey’s Chocolate as a mid-level supervisor. In her eight years there, she was an asset to the company.  In 1988 she was awarded a certificate of achievement for The Refinement of sales professionalism. In 1994 she packed up and moved to Olney, MT to enjoy the scenic life of the mountains. Nida moved to Billings in 1998 and went to work at Wal-Mart and later Ace Hardware.  While she was living in Billings, Nida happened to meet Mark Krum. They dated for 4 years and were married on April 27, 2004 in Las Vegas, Nevada.  After Mark finished college they decided to move to Gillette, WY for work.  After meeting a few people here in Gillette and becoming like family Nida decided that it wasn’t such a bad place, even though there is not a lot of shopping.  She took a job at the new Farmers Co-op in the Deli dept, out on Box Elder and Garner Lake Rd. Nida broke her wrist leaving work one day and then decided to stay at home and finally retire for good. After being cancer free for two years, in 2019 she found out that she had a very aggressive bone cancer. Nida is preceded in death by her parents. Nida is survived by her husband, Mark; an adopted daughter, Andrea George of Rozet; two adopted granddaughters, Kelsey Dawson of Rozet; and Riley McDaniel of Gillette, sisters Sandie Gordon of Billings, MT and Katherine Shellman of Washington State, niece Jade Culp and nephew Jacob Culp both of Washington State, aunt Loraine Doham, of Florida, cousins Paul (Patricia) Odham of Florida and Michael Odhem of Florida, four very special friends, Carolyn Eddy, Tina Dilts both of Gillette WY, Pam Weisman of California and Michelle Sidoti of Florida. In lieu of flowers make donations to Close to Home Hospice for the people that cannot afford to stay there. Memorials and condolences may be sent in care of Gillette Memorial Chapel 210 West 5th Street, Gillette, WY 82716. Condolences may also be expressed at www.gillettememorialchapel.com

To order memorial trees or send flowers to the family in memory of Nida Lenora Culp-Krum, please visit our flower store.