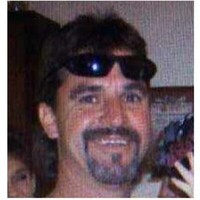 Nathaniel Lunen, 53, beloved brother, father, grandfather, was called to his eternal resting place on May 1, 2022. He entered this world on April 25, 1969 in Silverton, ID, born to Nathaniel and Cleo (Zeller) Lunen.  Nathaniel, known to many as "Punky" and “Nate Dog”, attended school in Gillette. Nate was a natural athlete and participated in football, baseball and basketball.  So talented that he even turned down the opportunity to play basketball in college.  After high school Nate worked as a rig hand in the oilfields of Gillette. 10 of those years for MC Drilling.  In 2016 he moved to Idaho where he worked at Silver Mountain Resort.  He recently returned to Gillette in January to be near his family.

Nate enjoyed fishing, hacky sack, Frisbee golf, throwing darts, listening to music and football - rooting for his Cowboys in particular.  Any chance Nate had to sit in a hot tub, he was there.  He was great at the barbecue and will be remembered shirtless, enjoying a cold beer while grilling for friends and family.  He loved his dogs: Whitey and Mocha, but mostly he loved his kids and grandkids. Nate will be remembered for his distinct laugh and his ability to make people laugh.

Memorials are suggested to help with service expenses.  Donations can be directed to Michelle Norris. Please visit www.GilletteMemorialChapel.com to share your memories and condolences with the family.

To order memorial trees or send flowers to the family in memory of Nathaniel Dale Lunen IV, please visit our flower store.