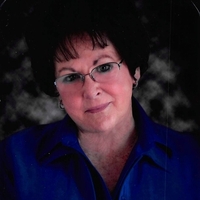 Millie L. Price Marquiss, 81, of Gillette was called home to be with her Lord Savior Jesus Christ on Thursday, November 4, 2021.  Millie was born in Mobile, Alabama and was the middle of three children born to the late Toxie Morris (T.M.) Price and Ruby Bowden Price.  She was raised in Cantonment, Florida graduating from J.M. Tate High School in 1958.  Northwest Florida remained her home for the next twenty-eight years during which time she cultivated lifelong friendships and raised three children.  Following a painful divorce, the Lord placed a gentleman from Wyoming in her path, Gary C. Marquiss.  They were married December 2, 1986, and Gary became the love of her life and confidant until the day of her passing.  She loved him dearly and was confident knowing that Gary loved her just as much.  Those close to Millie were fortunate and found themselves seated at her table where the fare from her kitchen was second to none.  She was, after all, the best cook from the Florida Gulf Coast to the Wyoming High Plains…really!  Some were fortunate enough to get a serving of her sage advice, even if they could not immediately appreciate it.  Following a good filtering by their conscience, the recipient often felt different and was better because of it.  Millie did not mix words, but she always had your best interest in mind.  She left a lifelong impression on those closest to her.  Millie was preceded in death by her grandson, Dylan B. Randolph.  She is survived by her husband, Gary C. Marquiss of Gillette, Wyoming; a daughter, Laurie (Kendall) Cox of Recluse, Wyoming; four sons, Charles (Kaoko) Rials, of Japan; George (Carla) Rials of Pace, Florida; Twister (Nicole) Marquiss of San Marcos, Texas; Merritt (Fabi) Marquiss of Houston, Texas; three granddaughters, Ali (Ben) Ohler of Pensacola, Florida; Jessica (Kelly) Thurmond of Nashville, Tennessee;  Bentley Marquiss of San Antonio, Texas; two grandsons, Nicholas (Shelby) Jarina of Pace, Florida; Gavin Rials of Pace Florida; a brother Charles (Mary) Price of Collinsville, Mississippi; a sister Judy (Roy) Chavers of Dallas, Texas; brother-in-law Trigg (JoAnn) Marquiss of Story, Wyoming; sister-in-law Glo and late Kerry Clark of Gillette, Wyoming; five nieces Leisa (Rick) Rintala of Dallas, Texas; Jennifer (John) Watson of Atlanta, Georgia; Kenzie (Erick) Mares of Glenrock, Wyoming; Stephanie (Jason) Gies of Laramie, Wyoming; Stacy Marquiss of Weatherford, Texas; five nephews, Richard (Christie) Price of Jackson, Mississippi; Roger (Maria) Chavers of Dallas, Texas; Robert (Angelica) Chavers of Dallas, Texas; Quinn (Kayleigh) Marquiss of Casper, Wyoming; Tate (Jen) Marquiss of Gillette, Wyoming and numerous life-long friends and acquaintances.  A celebration of life will be held at 11:00 a.m., Tuesday, November 16, 2021 at Gillette Memorial Chapel. Memorials are asked to be made to benefit American Heart Association or Mayo Clinic Scottsville/Phoenix Arizona. Memorials and condolences may be sent in care of Gillette Memorial Chapel 210 West 5th Street, Gillette, WY 82716. Condolences may also be expressed at www.gillettememorialchapel.com

To order memorial trees or send flowers to the family in memory of Millie Louise Marquiss, please visit our flower store.