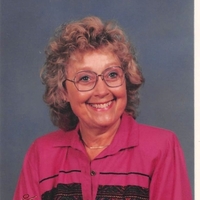 Mass of Christian Burial for Mildred Chambers will be at 11:00 a.m., Saturday, September 4, 2021 at St. Matthew's Catholic Church. Rosary will take place at 6:00 p.m., Friday, September 3, 2021 at Gillette Memorial Chapel; interment at Elks Section, Sheridan Municipal Cemetery, Sheridan, WY at a later date. Mildred “Millie” Bentele Chambers passed away on Wednesday, September 1, 2021 at Campbell County Memorial Hospital in Gillette, WY. She was born near Excello, Missouri in Macon County, on September 3, 1929 to Albert and Dorothy Modglin Bentele, on a farm, she had eight brothers and sisters. Being the oldest daughter, she helped raise her brothers and sisters, always having many responsibilities. She attended Union Grove School, the same school her father attended and helped build. She walked 4 miles total everyday to school, then graduated from Macon High School, Macon, MO in 1947. She was on the basketball team which she was very proud of, played the French horn in band, member of girl scouts and 4-H. She and James W. “Jay” Chambers were married at Macon in 1947, after he returned home from the Pacific War, WWII; he passed away on September 29, 1981. They were the parents of four sons, they had many happy times and experiences watching their sons in their sports activities. The Chambers family lived at Brookfield, Missouri for 25 years, moving to Sheridan, WY in 1974 with a transfer with Burlington Northern Railroad. Mildred worked at First Interstate Bank in Sheridan many years retiring in 1999 from the job she loved. She started working at a very young age, working many different jobs through the years. She loved to play golf, travel, camping, sightseeing, flowers, birds and bird watching. She so much enjoyed the Tetons and the Big Horn Mountains. She moved to Gillette, WY in 2003. Enjoying many special times with her grandchildren, family and friends. She especially loved being a Snowbird, traveling to Gulf Shores, AL and Florida the ocean and beaches in winter.  She moved back to Sheridan in September 2010; dearly missing her Big Horn Mountain view. Due to health reasons and needing to be closer to family, she sold her house and moved back to Gillette in December 2018. Mildred was a scout leader, den mother, volunteer at V.A., Wyo Theater and Cam-Plex Ambassador. She received such joy from bright colored flowers. She was a member of Holy Name Church and St. Matthew’s Church. She is survived by her four sons, Richard Chambers of Sheridan, WY; Michael Chambers of Gillette, WY; Anthony (Pat) Chambers of Gillette, WY; and Gary (Naomi) Chambers of Gillette, WY; grandchildren, Gary W. Chambers, Carianna Chambers, Angelena Chambers, plus by marriage; Christian, Brenna, Nick, Madianna, Selana, Rory and Missy; sisters, Elizabeth (Jack) Lowe of Clinton, MO; Carolyn (jerry) Snidow of St. Peters, MO; brothers, Norbert (Anne Marie) Bentele of Quincy, IL; Raymond (Debra) Bentele of St. Louis, MO; Leo (Kay) Bentele of Independence, MO; and many nieces and nephews. She is preceded in death by her parents, her husband, sister, Reta Bentele Cupp; brother, Kenneth Bentele; brother, Ronald Bentele; sister, Elizabeth Bentele Lowe; and brother, Norbert Bentele.  In lieu of flowers please make memorials to benefit John Paul II Catholic Church in Millie's name. Memorials and condolences may be sent in care of Gillette Memorial Chapel 210 West 5th Street, Gillette, WY 82716. Condolences may also be expressed at www.gillettememorialchapel.com

To order memorial trees or send flowers to the family in memory of Mildred Chambers, please visit our flower store.