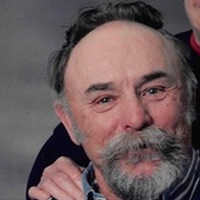 Mel was born on August 8, 1934 in Trail City, SD. He lived and worked in different places in South Dakota until moving to Gillette, WY in 1973. He worked jobs in construction until hiring on with Cundy Asphalt, where he worked for twenty years until his retirement in 1999.

He met his lifetime companion Joyce Johnson in 1990. They remained together for 28 years. Mel was a lifetime member of Moose Lodge and Fraternal Order of the Eagles. Joyce and Mel enjoyed being active members of both clubs. They also took great pleasure in trips to Wendover and Deadwood, to satisfy his passion for gambling.

Mel will be missed and remembered by his warm smile and twinkle in his eye, also his sense of humor and engaging in conversation.

Memorials and condolences may be sent in Mel’s name in care of Gillette Memorial Chapel 210 West 5th Street, Gillette, WY 82716. Condolences may also be expressed at www.gillettememorialchapel.com

To order memorial trees or send flowers to the family in memory of Milbert "Mel" Daniel Grenz, please visit our flower store.