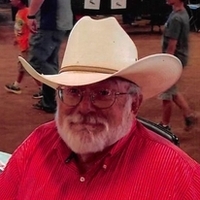 Funeral service for Mike Moore will be held at 10:00 a.m., Thursday, July 22, 2021 at Family Life Church with Pastor Marty Crump officiating. Mike Moore passed away on July 16, 2021. He was born November 4, 1951 to Wayne and Patricia (Hubbard) Moore. He was raised on the family ranch south of Gillette near the Pumpkin Buttes. Three years later he became the big brother to twin sisters Sharon and Sheryl. He attended country school until the 8th grade. He was active in 4-H and FFA and raised and showed market lambs and steers and participated in Livestock Judging. He worked at the sale barn in Gillette during high school and later worked for Halbert Matheson for a short time. He graduated from CCHS and then earned a degree in Agriculture from Casper College. He joined the National Guard and was proud of his service to our country. In 1974 he married the love of his life, Dalene Clements and became the proud father of J.D., Stephanie, Jennifer and Todd. He worked for his parents and later leased the ranch. He taught his children all that he could about ranching and livestock. He rarely missed one of their activities and was always proud of their accomplishments. Mike loved history and was an avid reader of anything history related. He served on the County Planning Commission and Museum Board for a short time. His greatest loves were family and the family ranch. He was dedicated to taking care of the land that his parents had entrusted to him and which had been in his family for over 100 years. He loved a good visit with a neighbor and friend, never knew a stranger and loved all dogs and babies. He was the proud PaPa to five grandchildren. They were the light of his life. He enjoyed watching them grow, and teaching them about history, the land, and livestock. He treasured spending time with them and attending their various activities. Mike is survived by his wife Dalene; son, J.D. Moore; daughter, Stephanie (Casey) Styvar, daughter, Jenn (Rashid) Moore; son, Todd (Wendy) Moore, grandchildren, Brylee and Korbin Styvar; Bronson Moore and Allizah and Kinley Moore; sisters, Sharon (Roger) Porter, Sheryl (Jon) Boroff, brother-in-laws, Darel (Deb) Cements and Mike Clements and mother-in-law, Janet Cements. He is preceded in death by his parents, Wayne and Patricia Moore; his father-in-law, Bud Clements; his grandparents, Boz and Elsie Moore and Don and Lillian Hubbard, aunt Jeannie Abraham and aunt and uncle, Fred and Nancy Booth. In lieu of flowers, a memorial has been established in the name of the Campbell County 4-H and Gillette FFA Chapter, or the charity of the donor's choice. Memorials and condolences may be sent in care of Gillette Memorial Chapel 210 West 5th Street, Gillette, WY 82716. Condolences may also be expressed at www.gillettememorialchapel.com

To order memorial trees or send flowers to the family in memory of Mike Moore, please visit our flower store.