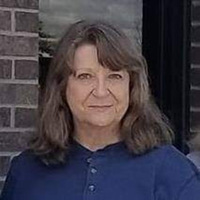 Michelle Russell, 80, died February 18, 2022. Michelle Marie McLaughlin was born July 4, 1941 to A.G. "Red" and Rose McLaughlin. She spent her entire childhood in Gillette and graduated from Campbell County High School. Michelle then attended and graduated from Platte Valley Bible College in Scottsbluff, NE. It was there that she met Jerry Russell, and they were married June 11, 1967. They had two children, Anne Marie and Jeremy. The family lived in several places through the years until Michelle and Jerry moved back to Gillette for good in 2002. As well as always being active in church as a Sunday School teacher and bible study leader, Michelle had a varied career path and many different jobs; secretary, teacher, optician, bookkeeper, and publisher, to name a few. But she often said her favorite and most important career was that of being a wife and mother. She was always happiest being a homemaker, her family her greatest joy. Michelle is survived by four sisters; daughter, Anne Birdie; son Jeremy (Ruth) Russell; granddaughter, Megan (Justin) Harper; and great-grandchildren Alice and Michael Harper. She was preceded in death by her brother, her parents, and her beloved husband, Jerry. Memorials and condolences may be sent in care of Gillette Memorial Chapel 210 West 5th Street, Gillette, WY 82716. Condolences may also be expressed at www.gillettememorialchapel.com

To order memorial trees or send flowers to the family in memory of Michelle Marie Russell, please visit our flower store.