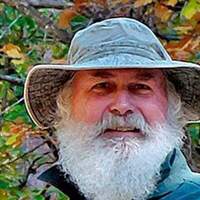 Funeral services for Michael Wallischeck, 76, of Gillette, will be held on Friday, August 26, 2022, at 4:00 PM at Gillette Memorial Chapel with Pastor Daryl Hilbert officiating. Burial will follow in Mount Pisgah Cemetery, Gillette, Wyoming.   Reception will follow at Grace Bible Church, 4000 Collins Road, Gillette. Michael passed away on August 17, 2022. Michael James, known to his family and friends as Mike, was born in September of 1945 in Los Angeles, CA to James E. and Betty H. (Ridenour) Wallischeck. He was raised and educated in Los Angeles and graduated in winter of 1964 from Birmingham High School in Van Nuys.  After graduation Mike earned several certificates in welding and was accomplished by industry standards. Mike accepted Christ as his personal savior in 1965 at the First Baptist Church of Van Nuys. Michael married Carolyn Kregear on June 7, 1969, in Van Nuys, CA. The couple welcomed Matthew to their family in 1971 in California. After ten years of marriage the family moved to Gillette in 1979.  Michael went to work for Caballo Mine as a welder / mechanic.  Due to health issues, he retired in 2003. Mike was a photographer from the time he was 13 years old and eventually became an award-winning photographer.  He was handy in the garage, working and fixing anything metal.  He enjoyed his Harley, a 2003 Centennial, and spent many hours making trips throughout Wyoming, South Dakota and Montana. Mike will be missed by his wife of 53 years Carol; his son, Matthew Wallischeck; grandchildren: Katherine Wallischeck and Kyle Wallischeck; great-granddaughter, Amelia Joy; sister: Diane Lees; 2 nephews: Christopher an Justin; niece, Samantha several cousins.  He was preceded in death by his parents. Memorials are suggested to benefit Vision Beyond Borders donations can be directed to www.visionbeyondborders.org or in care of Gillette Memorial Chapel, 210 W. 5th St, Gillette, WY 82716. Condolences can be sent via the internet at www.GilleteMemorialChapel.com

To order memorial trees or send flowers to the family in memory of Michael James Wallischeck, please visit our flower store.