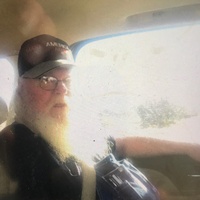 Celebration of Life for Michael Schutt will be held at 1:00 p.m., Saturday, May 25, 2019 at The Moose Lodge. Michael Schutt age 67, of Gillette, WY died Sunday, May 12, 2019 in Gillette, WY of Cardiovascular Disease.  Michael Lynn Schutt was born on October 30, 1951 in Greybull, WY to Martha Wynonah (Crichton) and August Jefferson Schutt. He attended and graduated from high school in Worland, WY. Michael moved to Gillette, WY in 1975 where he met and married Jacque VanWorkem in March of 1977. The couple had three children; Aubrey, Alicia and Jefferson. They later divorced. Michael worked a variety of jobs including pumping gas, oilfield and driver for PTI Transportation. He was a Denver Bronco’s fan for most of his life. He also enjoyed trains and model railroads. He loved spending time with his children and grandchildren. Michael is survived by his children, Jefferson Schutt of Gillette, WY; Alicia Perry of Gillette, WY; Aubrey (Lewis) Colwell of Nevada; mother, Martha Schutt; brothers, Carl (Joan) Schutt of Vancouver, WA; Dale (Sandy) Schutt of Vancouver, WA; sisters, Carla (Terry) Fystro of Spearfish, SD; Cindy (Joe) Painter of Buffalo, SD; along with nine grandchildren and two great-grandchildren. Memorials and condolences may be sent in care of Walker Funeral Home 410 Medical Arts Court, Gillette, WY 82716. Condolences may also be expressed at www.walkerfuneralgillette.com

To order memorial trees or send flowers to the family in memory of Michael Lynn Schutt, please visit our flower store.