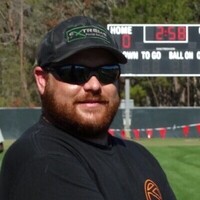 Memorial service for Michael Sather will be held at 1:30 p.m., Sunday, July 11, 2021 at Campbell County Senior Center. Michael Ryan Sather, 32, of Gillette passed away Saturday, July 3, 2021 at his home. Cause of death is pending medical reports. Michael was born June 2, 1989, to Randy Lee Sather and Deana Rae McKim-Riggs in Gillette, WY and graduated from Campbell County Schools. Even as a baby Mike loved to cause mischief. He was our Dennis the Menace, the class clown. He loved to tease and make people laugh, he also loved taking things apart and getting into everything! He had no fear and then he discovered BMX racing! He found his passion and he was good. His talent propelled him to win almost every race. He become one of the top 10 racers in the district which earned him an invitation to the National Championships Races in Chino, CA where he placed 2nd in his division. Mike worked in the oil and gas industry for several years. He began to study as a journeyman electrician. Mike was blessed with three children, Cayden Nicholas, 13, Brekan Marie, 15 months, and Theodore Kenneth who is waiting for him in heaven. Mike is survived by his grandparents, Larry and Paulette Sjolin; parents, Deana McKim-Riggs and Randy Sather; brothers, Kenneth Lee, Daniel Paul and Zachary Tyler, stepsisters, Megan, Melissa, and Fasha; stepbrothers, Zach and Harley; several aunts, uncles, and cousins. He is preceded in death by his great-grandparents. He was very much loved and will be greatly missed. In lieu of flowers the family a memorial has be established in Michael’s name with its use to be determined at a later time. Memorials and condolences may be sent in care of Gillette Memorial Chapel 210 West 5th Street, Gillette, WY 82716. Condolences may also be expressed at www.gillettememorialchapel.com

To order memorial trees or send flowers to the family in memory of Michael Ryan Sather, please visit our flower store.