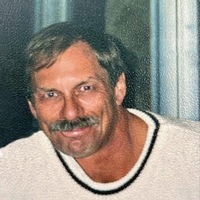 Mike served in the US Marine Corps from August 1969-August 1971 where he received a National Defense Service medal.

Mike worked as a civil and structural engineer most of his professional career. Norther Technologies and and Moore Engineering were two companies he worked for.

Mike lived mainly in the upper mid-west or wherever his job took him. He loved to fish and hunt in his spare time and always had a great story to tell.

After retirement Mike moved to Pine Haven/Keyhole Reservoir where he spent much of his time fishing and golfing.

Michael is preceded in death by sister Gwendolyn, mother and father, maternal and paternal grandparents.

To order memorial trees or send flowers to the family in memory of Michael Jon Mansager, please visit our flower store.