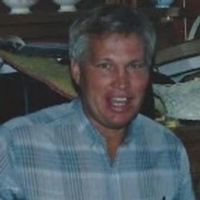 Memorial Service for Michael Cook will be held at 11:00 a.m., Saturday, November 10, 2018 at Roadway Alliance Church. Following the service, there will be a reception at the Cook Residence at 8 Medicine Lodge Rd. Michael L. Cook, 70, of Genoa, Colorado passed away, Tuesday, November 6, 2018 in the presence of his children at his son's home. Michael was born October 21, 1948 to Lyle and Eileen Cook. He was raised and attended school in St. Francis, Kansas. He graduated high school in 1966. He was an avid and skilled wrestler and fighter in his youth and throughout his life. In 1973, he married Dottie Foster in Newcastle, Wyoming. They later divorced, but to this union seven amazing and talented children were born. Mike also had a precious daughter from a previous relationship. He loved the oilfield and dedicated his life to it. He also enjoyed motorcross, flying, scuba diving, skiing, debating, and collecting "treasures".

His family would like to express their sincere gratitude to his loyal and devoted friend of fifty years, Don Bodell, who helped him and walked beside him through his illness. Also, we would like to thank CCH Radiology Department, Heptner Cancer Center, and the Hospice Staff. You were all very accommodating and caring. Mike is survived by Toni Oleson, Kasey(Valarie) Cook, Shawn (Kelly) Cook, Kelly (Emery) Walker, David (Riley) Cook, Tim (Mechelle) Cook, and Cary (Lane) Terzieff. 20 grandchildren and 4 great-grandchildren. He was proceeded in death by his parents and his beloved daughter, Jennifer Cook. Memorials and condolences may be sent in care of Gillette Memorial Chapel 210 West 5th Street, Gillette, WY 82716. Condolences may also be expressed at www.gillettememorialchapel.com

To order memorial trees or send flowers to the family in memory of Michael Lynn Cook, please visit our flower store.