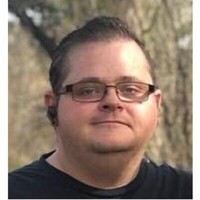 Funeral service for Matthew Becker will be held at 10:30 a.m., Friday, April 29, 2022 at Family Life Church with Pastor Marty Crump officiating; interment to follow at Mt. Pisgah Cemetery. Visitation will take place from 4:00 p.m. to 6:00 p.m., Thursday, April 28, 2022 at Gillette Memorial Chapel. Matthew Edward Becker passed away at his home on April 15, 2022. Matthew the beloved son of Dr. Garry and Christi Becker was born on April 28, 1981 joining a sister and brother. Matthew grew up in Gillette attending public school and Heritage Christian School. As a young child his inquisitive nature led to disassemble small kitchen appliances, such as microwaves, that had outlived their usefulness. Shortly after this began his life-long relationship with computers. He worked in various aspects of this field for the rest of his life. He set up many websites including one of the first websites for a local radio station. All the members of the family relied on him for maintaining and improving their electronic communication systems. His expertise will be hard to replace, plus we might have to pay for it now. Everyone who met Matthew instantly felt like they had known him a long time. Matthew was the best brother in the world to his siblings. During his childhood and adolescence Matthew was noted for his joking and gentle pranks; usually but not universally well received. When he walked into a room everyone always greeted him. He was the first to come up with a joke and he had everyone laughing.  Matthew’s greatest attribute was his endearing kindness. He was the greatest uncle and great-uncle. He was always willing to help anywhere needed, especially when it came to his niece, nephews, great-niece and great-nephews. He enjoyed hanging out with his family and going to BBQ’s, driving around, drawing, and watching movies. He was always a phone call away and would help anyone. In the last four to five years he had demonstrated remarkable ability to overcome many drug related issues but his perseverance and with God’s help he was even able to quit cigarettes in January 2021. He did however continue to battle his mental demons to the end. He will be greatly missed. To his family he was absolutely the best. He meant the world to his family. Matthew is preceded in death by his grandparents, mother and brother-in-law, Ray Warren. He is survived by his father, Garry Becker; stepmother, Rita; sister, Lara; brother, Michael (Darla); niece, Lisa (Travis) White; nephews, Michael and Conner Becker; great-nephews, Maddox White, Teegan White, Tanner Hutton, Jaxon Becker and Johnathan Gorman; and great-niece, Khloe White. Memorials and condolences may also be sent in care of Gillette Memorial Chapel 210 West 5th Street, Gillette, WY 82716. Condolences may also be expressed at www.gillettememorialchapel.com

To order memorial trees or send flowers to the family in memory of Matthew Edward Becker, please visit our flower store.