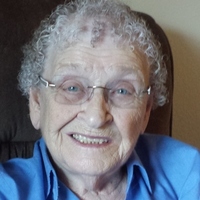 Mass of Christian Burial for Mary Frances Courtney Rust Knowlton will be celebrated in Gillette, Wyoming at St. Matthews Catholic Church on Wednesday, November 10 at 11:00 am. Visitation on Tuesday, November 9 from 5-7pm with Rosary prayed at 6pm at Gillette Memorial Chapel. Burial will be in Cheyenne to be determined at a later date.

Mary Frances Rust, 97, peacefully passed away on November 2, 2021 at The Legacy Living & Rehab Center where she had resided since March 2020. She was born in Alliance, Nebraska on August 14, 1924 to Joe and Margaret Courtney, the oldest of four daughters.  She married James H. Rust in 1950.  He preceded her death in 1975.  She married Richard L. Knowlton in 2006.  Richard preceded her death in 2014.  She worked for the Laramie County School District #1 for twenty-five years while raising her family of four children.  She was a wife, mother, grandmother, great-grandmother and friend.  She was a member of Saint Matthew's Church in Gillette and a past member of Saint Mary’s Cathedral in Cheyenne; she was a past member of the Bishops Guild.  Both she and her husband James, were active with the Boy Scout program.  After retiring she volunteered at DePaul Hospital for several years and enjoyed traveling.  She was an avid reader, enjoyed her book clubs, and loved her bible study group.

Mary Fran wished for no flowers/plants as she believed they belonged outside. Please donate to your favorite charity. Condolences may be expressed at www.gillettememorialchapel.com

To order memorial trees or send flowers to the family in memory of Mary Frances Rust, please visit our flower store.