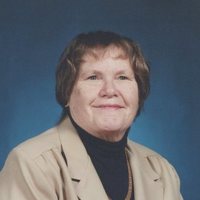 Mass of Christian Burial for Mary Holzer will be held at 1:00 p.m., Saturday, January 11, 2020 at St. Matthew’s Catholic Church, Gillette, WY; with Father Cliff Jacobson officiating. Visitation will be held from 4:00 p.m. to 6:00 p.m., Friday, January 10, 2020 at St. Matthew’s Catholic Church. Mary Joan Holzer, age 87, passed away peacefully on January 5, 2020. She was born on January 15, 1932 at the EN Comeau farm 5 miles west of McLaughlin, SD. She was the fourth child of Milo Maxon Sr and Maud (Comeau) Maxon. When Mary was 4-5 years old the family moved to a ranch near the Grand River. This ranch is the current home of Sam and Annabelle Mortensen.  As children she and her sibling would swim. She said it was a very big and wide swimming hole where they spent many days. All children, except for Shirley, attended the Stephen Indian School in Highmore, SD. Mary graduated from McLaughlin High School in 1951. She then attended Northern State College and majored in Education in Aberdeen, SD. After college she taught at the Hughs ’school for a year and a half and lived with the Emil Schneider family for one year. Many fond memories were made. She eventually taught at the Country School in Trail City, SD. Her first class had 13 students. She met the love of her life at a dance, Willie Holzer, they were married on June 6, 1955. Of this union there were 7 children Doris, Patty, Cindy, Mary, Bill, Steve and Paula. Mary’s hobbies included gardening, reading and cooking. Willie and Mary moved to McLaughlin, SD were Mary was a tutor at McLaughlin Public School. They moved to Gillette, WY memorial weekend of 1980. She was a member of St Matthews Catholic Church. Religion was a big part of her life which included the prayer line, funeral dinners, lay minister and loved every minute of it. She was a substitute teacher, worked at the News Record, and a nanny for the Derutter and Dr Crowder families. She loved all her nurses and caregivers and anybody she met loved her. She especially loved the Hospice staff. Mary is survived by her husband of 64 Years Willie Holzer; daughter, Doris Byington (George) deceased Fargo, ND; Patty Ulmer(Nolan) Greeley, Co; Cindy Schmeichel McLaughlin, SD; Mary Hunt(Greg) Gillette, WY; Bill Holzer Gillette, WY: Steven Holzer Gillette, WY;  Paula(Paul) Welch Keiser, brother, Lester Maxon Palm Desert, CA;  20 grandchildren and many great-grandchildren. She is preceded in death by her parents, four siblings, and 3 grandchildren. Memorials and condolences may be sent in care of Walker Funeral Home 410 Medical Arts Court, Gillette, WY 82716. Condolences may also be expressed at www.walkerfuneralgillette.com

To order memorial trees or send flowers to the family in memory of Mary Joan Holzer, please visit our flower store.