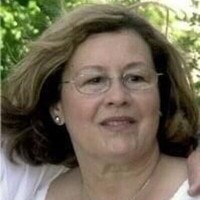 Her children would like to invite her friends and extended family to join them in celebration of Mary Ellen’s life with visitation at Gillette Memorial Chapel in Gillette, Wyoming, from 4:00 pm to 6:00 pm on Monday, February 7, 2022 followed by a Rosary vigil at 6:00 pm. Mass of Christian Burial will take place at St. Matthews Catholic Church on Tuesday, February 8, 2022, at 11:00 am, followed by interment at Mt. Pisgah Cemetery and a lunch reception at St. Matthew's Parish Hall.

A registered nurse by training, her life’s purpose was to serve and care for others. Mary Ellen was born Mary Ellen Beaudoin on September 1, 1943, in Berwyn, Illinois. She was the fourth of seven children, the eldest daughter, to Reno M. and Marie (Kane) Beaudoin. As a young girl, the family moved to the “big, white house” in Winfield, Illinois; the same big, white house that has remained in the family for over 70 years; where many wonderful family holidays, reunions, birthdays, weddings, and life celebrations have been commemorated.

Mary Ellen relished in the retelling of her childhood memories. At three years of age, she snuck out of her second-story bedroom window in lieu of taking a nap, shimmied down the flower trellis, and sliced open her bare foot on an exposed metal pipe in the yard bringing an abrupt end to her backyard escapade. Another favorite of her many stories was about the time she invited all of the neighborhood kids to her house for her birthday, unbeknownst to her mother and father. Off to the grocer they went for a last-minute cake and ice cream to not disappoint the crowd of expectant children. She also mothered, err bossed around her siblings - three older brothers and three younger sisters, keeping all in line. The four sisters lovingly and appropriately referred to themselves as the Twisted Sisters, known for their hijinks, dishwashing harmonies, and cackles of laughter that could fill a room.

After graduating from St. Francis Catholic High School in Wheaton, IL, in 1961, Mary Ellen spent time working as a clerk at National Grocers, then entered the convent in St. Louis, MO. After six months of discernment, Mary Ellen pondered whether her life's calling was to serve the Lord as a nun or as a mother. Depending on which version of the story she told, Mary Ellen explained she decided to leave the convent after praying for God’s wisdom and guidance in the library. She reportedly sat down at a table and rested her head in her hands. When she looked up, the title of the first book she saw was “The Mother is the Heart of the Home.” The other version of the story she told was that she left the convent because she couldn’t shave her legs for six months. Nevertheless, she returned home in pursuit of a new adventure.

After overhearing a conversation between her mother and a friend who suggested Mary Ellen would make a good nurse, she entered Ravenswood School of Nursing in Chicago. During her time in nursing school she met the love of her life, John “Jake” Harold Jacobson of Lexington, Nebraska. Jake was also a student at Alexian Brothers School of Nursing for Men in Chicago. Hesitant to accept a date to a dance with a boy from a men’s nursing school, she acquiesced at the behest of her friend who was dating Jake’s best friend.It was during that dance Mary Ellen knew Jake was the one for her when he stood between Mary Ellen and a knife-wielding dance hall manager while the two were having a heated disagreement. Jake and Mary Ellen married the day before she graduated from nursing school, on September 17, 1966, at St. John the Baptist Catholic Church in Winfield, IL.

The couple honeymooned briefly in Loveland, Colorado, before Jake left for officer training school with the U.S. Navy. The couple was reunited when Jake was stationed in Beaufort, South Carolina, where he served the U.S. Navy as a nurse during the Vietnam War. In 1967 the couple gave birth to their first son, Joseph Paul.  The small family was then shipped off to the U.S. territory of Guam, where Steven Reno was born in 1969. Upon being discharged from the service and returning to the mainland, Mary Ellen dreamed of attending anesthesia training. However, times being as they were, she chose to be a stay-at-home mother to two young boys, encouraging Jake to apply in her stead. The family moved to Rochester, Minnesota, while Jake completed training as a nurse anesthetist at Mayo Clinic. After graduating from anesthesia training the family settled in the small farming hamlet of Bakerville, Wisconsin, just outside of Marshfield, WI. It was here that the girls, Kathleen “Katie” Marie (1973) and Shawn Francis (1977), were born. Looking for a new adventure, the family moved briefly to League City, Texas in June 1982, then finally settling in the dusty, post-boom town of Gillette, Wyoming in June 1983.

It was Gillette where Jake and Mary Ellen called home for over thirty years. In the late ‘80’s, when the girls were older, and after the boys had graduated from high school, Mary Ellen returned to working full-time as a registered nurse at Campbell County Memorial Hospital. She retired in the early '90’s after a series of health issues. In her retirement, Mary Ellen served the community of Gillette as a victims advocate with the Gillette Police Department; volunteered at the Soup Kitchen; faithfully participated in Church leadership positions and charismatic prayer groups; taught CCD classes for St. Matthews Catholic Church; and sponsored several young people in their journey to Confirmation in the Catholic church. She welcomed all children who came into her home with love and acceptance and was known to love-on and nurtured many of her children’s friends and then her grandchildren.

Mary Ellen delighted in her eight grandchildren and five great-grandchildren.  Throughout the years, in anticipation of a future visit, Mary Ellen would collect and save special little presents or trinkets for each of the grandkids. When Jake was still alive, they would plan several trips during the year to coincide with a visit to see the grandbabies.  They logged many miles crisscrossing the United States traveling from Gillette to Sheridan, Utah, California, Virginia, South Dakota, Arizona and Alaska, just to keep up with the grandkids.

In 2013, after Jake’s passing, Mary Ellen and their son Joe moved to warmer skies and fairer weather in Sun City, Arizona. While living in Sun City she enjoyed friendships with her in-laws’ extended family, and living closer to her son Steve, sister Jean Baker, and cousin Celeste Carey. In 2018, Mary Ellen was diagnosed with multiple myeloma, an incurable blood cancer. Her family takes comfort in the belief that she is once again dancing in heaven with her beloved Jake; finally set free from the body that endured over thirty-five years of debilitating physical pain.

Memorials and condolences may be sent in care of Gillette Memorial Chapel 210 W. 5th St., Gillette, WY 82716. Condolences may also be sent via the website: www.gillettememorialchapel.com. Mary Ellen has requested that donations and mass cards in her honor be made to St. Matthews Catholic Church for the repose of the souls in purgatory who have no one to pray for them, St. John Paul II Catholic School in Gillette, WY, or one of her longtime favorite charities St. Labre Indian School in Ashland, MT.

To order memorial trees or send flowers to the family in memory of Mary Ellen B. Jacobson, please visit our flower store.