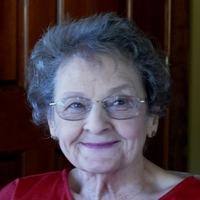 Martha Joan Wolff, 88, passed away January 29, 2021 following a short illness. A memorial service will be June 25, 2021 at 10:00 am at St Matthew’s Catholic Church.  A luncheon will follow at the Recluse Community Center, Recluse, WY.

Joan was born in Gillette, WY at the Mankin midwife house on January 25, 1933 to Howard and Cecelia Groves. She attended Niles School in the Savageton, WY area until she completed the 4th grade. The family moved to Gillette, where she completed her schooling and graduated from Campbell County High School in 1952. Joan loved music and played the piano, accordion and drums and was a member of the high school marching band.

Joan’s first job was while she was in 5th grade; she would haul five buckets of coal each day for an elderly couple and she was paid five cents a day. While in high school she worked at the five and dime store, where she waited on Hop Along Cassidy and Nat King Cole. She also worked for Mountain Bell as a telephone operator. Upon graduating high school, Joan went to work at the Stockmen’s Bank in the bookkeeping department.

Joan married James A. Wolff on May 23, 1953. She continued to work until they started raising their family of four children, Jane, Thomas, Catherine and James H. Wolff. In 1960 Jim and Joan moved to their ranch near Recluse, WY where the family is still ranching. Over the years Joan worked by her husband’s side on the ranch, drove a school bus, was a substitute teacher, volunteered with reading classes and helped cook meals for the students at Recluse School. She taught many of the neighborhood children piano lessons. Joan kept all of the books for the ranch and her memory was amazing for details. Joan served on the Campbell County Election Board for over 30 years. Her happiest times were being a loving wife, mother and grandmother. Joan enjoyed sewing, crocheting, quilting, embroidery work and gardening over the years.

Jim and Joan celebrated 60 years of marriage with an open house in the summer of 2013. Jim Wolff passed away in October of that year.

In 2017 Joan moved to Primrose Retirement Home where she enjoyed bingo, Tri-ominos, and visiting with friends, family and the caring staff.  Once a month she would join her Homesteaders group for lunch at the Railyard.

Joan was preceded in death by her husband James A. Wolff, son Thomas, her parents, and brothers, Clifford and Urban Groves.

To order memorial trees or send flowers to the family in memory of Martha Joan Wolff, please visit our flower store.