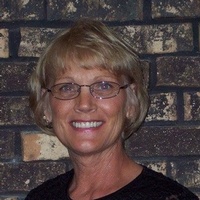 Funeral service for Marlyce Kocher will be on Thursday, February 7, 2019 at 2 pm. at the Gillette Memorial Chapel with Kenna Rose officiating. Visitation will be from 4:00p.m. to 7:00 p.m. on Wednesday, February 6, 2018 at Gillette Memorial Chapel. Funeral service will also take place in Bismarck, North Dakota on Saturday, February 9, 2019 at the Parkway Funeral Services.  Burial will be at a later date in Steele, North Dakota. Marlyce Delayne Kocher, 65, of Gillette, Wyoming passed away peacefully on Saturday, February 2, 2019 after a yearlong battle with leukemia. Marlyce was born August 25, 1953 in Steele, North Dakota, the daughter of George and Lennis (Attledtweet) Thompson.  Marlyce spent her childhood years in Steele, North Dakota, California and Bismarck, North Dakota.  She graduated from Bismarck High School and attended North Dakota State University. Marlyce was married to William (Bill) Kocher August 27th, 1976.  After marriage, Marlyce and Bill moved to Gillette, WY.  Marlyce loved her job as a “cleaning lady” and enjoyed her time working at the hospital.  In 1995, Marlyce completed her degree in education from Black Hills State University and began her career in teaching. Marlyce taught at Rozet Elementary, Stocktrail Elementar, Sunflower Elementary and Prairie Wind Elementary.  She loved teaching, inspiring students and encouraging them to be their best in all they set out to do.  She was devoted to her students and her job of 27 years, as it was her true gift to share with others. Marlyce is survived by her husband, William; her children, Tamara (Steven) Howe; Johnathan (Joni) Kocher; and Brian (Kiley) Kocher; grandchildren, Clayton, Isak, William, Carson, Kaysen, Eli and new baby boy Howe due in May; brothers, Robert (Betty) Thompson, Noral (Deb) Thompson and Dwight Thompson; 5 nieces and nephews, 12 great-nieces and nephews and numerous cousins and extended family. Marlyce is preceded in death by; daughter Kelly Jo and her parents Lennis and George Thompson. Memorials and condolences may be sent in Marlyce’s name in care of Walker Funeral Home 410 Medical Arts Court, Gillette, WY 82716. Condolences may also be expressed at www.walkerfuneralgillette.com

To order memorial trees or send flowers to the family in memory of Marlyce Delayne Kocher, please visit our flower store.