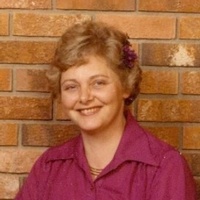 Margarete Christiane “Christi” Becker passed away after a short illness and received her angel wings on Thursday, March 1, 2018.  Christi was born December 11, 1945 in Vienna, Austria to Martha Hecht.  She was born three months after the end of World War II in a city which at the time was a war ravaged major European capital. She grew to adulthood in Vienna and remembers the celebration as the occupying powers left Vienna in 1957. She attended and graduated from the prestigious prep school Wasa Gymnasium.  At the time of her marriage she was employed by a major international insurance company and also worked part time at Austrian National TV. In the summer of 1967 she met Garry Becker while he was in Vienna attending the University Of Vienna School Of Medicine on a summer scholarship.  They married in the summer of 1968 in Garry’s home state of North Dakota.  From this union came three children: Lara, Michael, and Matthew.  Over the next seven years they lived in San Antonio, Texas; Denver, Colorado; and Ansbach, Germany.  In the summer of 1974 they moved to Gillette after Garry’s Honorable Discharge from the U.S. Army.  They divorced in 1991 and Christi spent the remainder of her life in Gillette. Christi was a beautiful, kind, soft-hearted soul who was one of the most amazing ladies that one could ever meet.  She was fascinating, intelligent, and very knowledgeable of history, literature and the arts.  She enjoyed crocheting, knitting, needle-point and embroidery as well as trips to Rapid City.  Her favorite pastime was spending time and making wonderful memories with her children, grandchildren and great-grandchildren.  She loved animals with cats and dogs being her favorites and she always had a few close by.  She was the most amazing cook and was well-known for her Viennese specialties, especially wiener schnitzel. This wonderful woman will be missed by everyone who knew her and especially by her family.  Christi leaves behind three children:  Lara (Ray), Michael (Darla), and Matthew.  Also grandchildren: Lisa (Travis), Jaxon Becker, Michael Becker, Conner Becker, and Johnathan Gorman. Great-grandchildren: Maddox, Teegan and Khloe, and great-grandson Tanner. She was preceded in death by her mother Martha Hecht and step-brother Franz Haider. A celebration of her life is planned for 2:00 p.m. Sunday, April 29, 2018 at the Gillette Ramada Plaza. Memorials and condolences may be sent in care of Walker Funeral Home 410 Medical Arts Court, Gillette, WY 82716. Condolences may also be expressed at www.walkerfuneralgillette.com
To order memorial trees or send flowers to the family in memory of Margarete "Christi" Christine Becker, please visit our flower store.