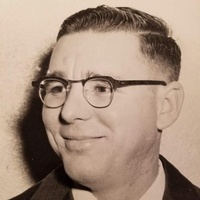 Funeral service for Lowell “Lee” Worman will be held at 1:00 p.m., Friday, February 1, 2019 at First Presbyterian Church with Pastor Randy Blakeman officiating; interment to follow at Mt. Pisgah Cemetery. Visitation will take place from 4:00 p.m. to 7:00 p.m., Thursday, January 31, 2019 at Walker Funeral Home. Lowell (Lee) Worman joined his beloved wife on January 24, 2019 in Gillette, WY surrounded by family.  He was born on July 9, 1931 at Bowman Hill in Campbell County to Noel A. and Wilda E. (Study) Worman.  He was the third child born to this union.  He was raised in Wyoming and Montana as the family ranched in these areas.  He attended Little Powder River School and attended High School in Gillette, WY.  He graduated in 1949 after his junior year.  During the 3 years of attendance, he was active in Future Farmers of America and was the Secretary of the organization for one year.  He participated in the FFA Basketball Team and was a member of the team which won the National FFA Dairy Judging Championship in 1948. It was during high school that Lee met the love of his life Evelyn C. (Laur) Worman.  In his senior yearbook he willed his good-natured self to Evelyn until death do us part.  They were married August 30, 1949 at the Lutheran Church in Gillette, Wyoming. Lee was a very active participant in the community his entire life.  With his friends Dee Watsabaugh and Jim Fulkerson, he developed a love of flying and owned several airplanes.  He was active and served on the Campbell County Airport Board for 25 years, as well as serving as the President for several years.  During this time, he was instrumental in moving the airport to its present location as well as expanding the facility to include a runway that would allow small commercial jets to fly in and out of Gillette.  An airshow held at the airport was dedicated to his 25 years of service. Lee’s first job included driving trucks for Bell and Mooney as well as for his father Noel Worman.  He was hired by Glen Clark, the General Manager of the Farmer’s Co-op in Gillette.  Lee was promoted to the General Manager and remained in this position for 46 years.  At the time he took over as General Manager the establishment included a grain elevator, service station, and petroleum service. Under his management the company grew and included grain bins, propane service, feed mill, and branched out to include facilities in Broadus, MT and Hulett, WY.  While employed by the Co-op, Lee was active in the Colorado and Wyoming Grain and Feed Association where he was a member as well as a Past President.  He started the National LPG Board and remained active in the organization.  He was active as a member for Ralston Purina Regional Sales of Cheyenne.  During his time as, General Manager he achieved the honor of State Service Employer of the Year. After Lee retired from the Co-op he went to work for Blakeman Propane where he worked for 12 years until his retirement. In addition to his career achievements, Lee was active in the community.  He served on the Gillette City Council for 8 years under both Mayor Cliff Davis and Mayor Mike Enzi.  He served as a board member for Key Bank. He was active in the Masonic Lodge where he achieved the honor of being the youngest person to become the Master.  He was active in the Powder River Shriners, the Fraternal Order of Odd Fellows, Gillette Lions Club, Jaycees and a member of the First Presbyterian Church.  He served as custodian of the church for several years. Lee is survived by his children, Pam Bishop, Darryl Worman, Karen Bailey, and Russell Worman, ten grandchildren and 13 great-grandchildren.  He is preceded in death by his wife, Evelyn (Laur) Worman, parents, Noel and Wilda Worman, brothers, David Worman, Ned Worman, Truman Worman, and sister, Dorothy Whelchel.  The family requests memorials to the Shriner’s Children’s Hospital in Lee’s name.  Memorials and condolences may be sent to Walker Funeral Home 410 Medical Arts Court, Gillette, WY 82716. Condolences may also be expressed at www.walkerfuneralhome.com

To order memorial trees or send flowers to the family in memory of Lowell Lee Worman, please visit our flower store.