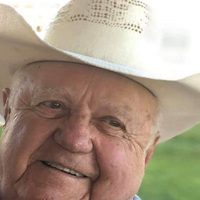 Lloyd Donald Gorsuch was born March 13, 1940 in Cherry County, Nebraska to Art and Edna Gorsuch. He spent part of his first years in country school then finished in the Mullen Public Schools. He worked on various ranches after he and Janet Meredith were married in 1960. Later, he and Janet and family moved to Rapid City, South Dakota where he became a welder and had his own welding shop. He and Janet had 3 children- Gordon, Larry and Merri. After he and Janet were divorced, he moved to Gillette, Wyoming in 1974. He went to work at the Kerr-McGee Jacobs Ranch Coal Mine and was a coal-shovel operator for many years. He loved his job and on his days off, he lived the fast, hard life that he loved best. He enjoyed racing stock cars with his boys and nephews, showing them up many times. During that time in his life, he married Nancy Castleberry on February 22, 1989 and they built up a little ranch southwest of Gillette, Wyoming. He drove truck carrying all different kinds of items for many years. He enjoyed his cattle and Nancy's alpacas and a special dog, Chip-a-Hoy. He passed away peacefully at his home on May 1, 2020 at the age of 80. He put up a good fight against the cancer that invaded his body. He was preceded in death by his brother, Raymond Gorsuch, his sisters, Viola Hicks, Lois Hampton, Dorothy Boyer, Francis Burt and Opal Hubert, parents, Art and Edna Gorsuch, his beloved son, Gordon Gorsuch, and special dog, Chip-a-Hoy. He is survived by his wife, Nancy, son Larry (Loretta) Gorsuch, and Merri (Dave) Wills, stepson Allen (Renita) Castleberry, and stepdaughters, Mary Allemand and Leann Castleberry, his 2 brothers Wayne (Janet) Gorsuch from Alliance, Nebraska and Paul Gorsuch from Casper, Wyoming and 2 brothers in law, Gary Hubert from Torrington, Wyoming, Bill Burt from Burwell, Nebraska and one sister in law, Wanda Gorsuch from Gillette, Wyoming. He has many grandchildren, great grandchildren, and nieces and nephews that he loved very much. We will miss his carefree attitude and loving ways so much, but we know he is at peace with the world. There will be a memorial service at a later date at the Moose in Gillette. Memorials and condolences may be sent in care of Gillette Memorial Chapel 210 West 5th Street, Gillette, WY 82716. Condolences may also be expressed at www.gillettememorialchapel.com

To order memorial trees or send flowers to the family in memory of Lloyd Donald Gorsuch, please visit our flower store.