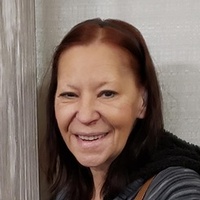 Public visitation for Lisa K. DeHerrera will be held from 5:00 p.m. to 7:00 p.m., Friday, August 31, 2018 at Walker Funeral Home Located at 410 Medical Arts Court in Gillette, WY.  Lisa Kaye DeHerrera passed away peacefully at home on the morning of August 19, 2018. Lisa was born in Casper, WY on May 8, 1959 to Carole Allman and Floyd Williams. She was raised in Casper, WY, Edgerton, WY and Loveland, CO. In 1976 Lisa met the love of her life, Jerry DeHerrera. They were joined in marriage on February 15, 1978. Jerry was in the United States Army and stationed in Gelnhausen, Germany. Shortly after they were married Lisa traveled to Germany to join him. In 1979, they had their first child, a daughter, Jerrica Arculiana. In 1979, they returned to the United States and were stationed at Fort Carson in Colorado Springs, CO. In 1981 they had a second daughter, Melissa Jean. In 1985, they moved to Gillette, WY to be near Lisa's family. Gillette has been home ever since. Over the years Lisa made many friends but spent most of her time taking care of her home and family. She enjoyed cooking, reading, walking her dogs, and supporting her grandchildren in all they participated in.  Her husband and family meant absolutely everything to her.  Lisa's grandchildren were the light of her life she took every opportunity she could to be with them. Lisa did battle health issues for many years but had a strong will and was courageous in her battles.  Lisa had a heart of gold and would do anything for those that she loved. Her laughter will be remembered along with her comforting touch, words of encouragement and praise. Lisa is survived by her husband of 40 years, Jerry; daughter Jerrica Johnson (fiancé, Adam Sprague)  of Gillette, WY; daughter, Melissa (Mike) Bonefield of Gillette; sisters, Lynda Johnson and Laurie Pendergraft both in Gillette; brother, Wiley Williams of Casper, WY; five grandchildren, Trenten; Ashten; and Ambrosia Johnson; Bailey and Miranda Bonefield all of Gillette; along with nephews, Shayne (Tiffany) Sedillo; Matthew Johnson; and niece, Jaime Boardman; along with numerous aunts, uncles, and cousins. She is proceeded in death by her mother, Carole Rader; father, Floyd Williams; mother-in-law; Eulalia DeHerrera; adopted mother, Shirley Williams; grandmother, Jean Camblin; and nephew, Bryan Boardman. Memorials and condolences may be sent in care of Walker Funeral Home 410 Medical Arts Court, Gillette, WY 82716. Condolences may also be expressed at www.walkerfuneralgillette.com

To order memorial trees or send flowers to the family in memory of Lisa DeHerrera, please visit our flower store.