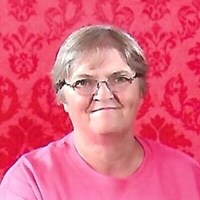 Memorial service for Linda Lueras will be held at 1:00 p.m., Saturday, December 12, 2020 at Gillette Memorial Chapel. Linda Sue Lueras (Lynch) passed away after a long battle with cancer Monday December 7, 2020 peacefully at home with her family by her side. She was born December 11, 1951 in Scottsbluff, Nebraska to Richard and Mary Ann (Liekam)Lynch. Linda graduated from Gering High School and attended Scottsbluff Community College.  She married David Lueras on April 23, 1972 in Scottsbluff. Together they had 3 children Michael, Jonathan, and Vicki. She worked most of her life at various jobs. Many years working at the Campbell County School District followed by a few years with the City of Gillette. She started her last job in 2003 at Campbell County Health where she retired in 2019. Linda enjoyed all the times she got to spend with her grandchildren and great-grandchildren.  She enjoyed riding through the hills with her husband on the Harley trike they owned. She also like to spend the weekends in Deadwood. Linda is survived by her husband, David Lueras; her children, Michael Lueras, Jonathan (Terry) Lueras, and Vicki Lueras (Tad Johnson), grandchildren, Jayson Lueras, Nikita Lueras, Aurora Lueras, Morgan Lueras, Jacob Barker, Rylee Lueras and Dominic Mitchell; great-grandchildren, Jaxson and Jurnee Lueras; sisters, Patty Kort and Jeanette Lynch. She is preceded in death by her parents, Richard and Mary Anne Lynch and brother, Larry Lynch. Memorials and condolences may be sent in care of Walker Funeral Home 410 Medical Arts Court, Gillette, WY 82716. Condolences may also be expressed at www.walkerfuneralgillette.com

To order memorial trees or send flowers to the family in memory of Linda Sue Lueras, please visit our flower store.