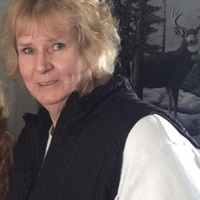 Memorial Service will be held Friday, February 1, 2019 at 11:00am at the Moose Lodge, located at 2704 Hackathorne, in Gillette, WY.  Please join the family in remembering Kay. Linda Kay Deaver went to fly with the angels on Monday, January 28, 2019.  She was surrounded with pure love from her family and friends. She was born June 10, 1955 to Edward Henry “Jack” and Joyce Renon (Heath) Ingersoll. She had four siblings:  Ronny, Jason, Allen and Jackie.  She was born in Lovell, WY but was definitely a Wyoming Gypsy, moving from town to town!  She married Herbert Brinkerhoff on May 25, 1972 and to this union six children were born:  Warren (Kari) Brinkerhoff, Hope (Gale) Larsen, Guy (Shannon) Brinkerhoff, Danny (Amber) Brinkerhoff, Autumn (Tim) Malson and Phillip (Justina) Brinkerhoff.  They later divorced.  On September 15, 1999, Kay married Bob Deaver II and to this union they adopted Camron “Tater” Deaver when he was born. Kay was blessed with 15 Grandchildren, two Great-Grandchildren and numerous extended family members.  She was preceded in death by her parents, Jack and Joyce Ingersoll, her son, Warren, daughter-in-law, Kari, and great-grandson, Dean Phelps.  She is survived by husband, Bob and son, Camron of the family home; her five children, the grandchildren and great-grandchildren. In lieu of flowers memorials may be made in Kay’s name to Walker Funeral Home to help with final wishes and Camron’s education. Memorials and condolences may be sent in care of Walker Funeral Home 410 Medical Arts Court, Gillette, WY 82716. Condolences may also be expressed at www.walkerfuneralgillette.com

To order memorial trees or send flowers to the family in memory of Linda Kay Deaver, please visit our flower store.