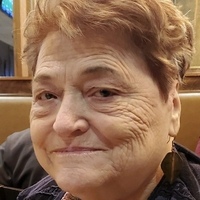 Linda Jean Davis, 76, passed away September 21, 2022, at her home in Gillette. She was born November 6, 1945, in Worland, Wyoming to Ralph and Sylvia (Garbutt) Reed. In her childhood on the family farm, she befriended calves who became her pets. One particular calf loved her so much he would chase the school bus as she rode away. As a child, Linda also excelled at and had a great passion for playing the accordion, which she did with gusto, dreaming of playing on the Lawrence Welk Show. In the mid 60s, her life took her to Laramie to attend the University of Wyoming where she met Timothy Davis who recalled the first time he saw her in class, she was sleeping. They would marry in 1968 in Torrington where Tim had taken a job teaching at Eastern Wyoming College. They would later relocate to Gillette in 1970 where she remained for the rest of her life except for the period of 1990-1991, when she returned to the University of Wyoming to complete her accounting degree after years of working and raising her family in Gillette. In Gillette she worked in the business office for Getter Trucking from 1968 to 1990. In 1992, shortly after returning from Laramie, she went to work for L&H Industrial as an accountant and then as the controller. She retired in 2015. Linda had a great love for the Big Horn Mountains. She loved to go fishing but didn't like worms so was adept at baiting the hook without touching the worm. She was a lifetime lover of cats and all creatures great and small. She loved to garden. She was also a Life Master bridge player who played until she couldn't play anymore. Linda is survived by her children Terri Lesley (Doug), Jeff Davis, Ruby Rector, and Sandra Cowley (Sean); grandchildren Jessica Johnson, Jennifer Hunter (Brad), Tyler Lesley (Celene), Ethan Rector, Trevor Davis (Melissa), Megan Davis, Brandon Cowley, and Kate Cowley; great grandchildren Haley Hunter, Kiley Hunter, Rian Johnson, and Kaiden Johnson. She was preceded in death  by her husband Timothy Davis. A gathering to commemorate Linda's life will be held at the Gillette Memorial Chapel on Wednesday, September 28. Her family will receive friends between 4:30 p.m. and 6:30 p.m. Donations may be made to Wyoming Public Media, 1000 E. University Avenue, Dept. 394, Laramie, WY 82071 in Linda's honor. Remembrances and condolences can be shared via the internet at www.gillettememorialchapel.com

To order memorial trees or send flowers to the family in memory of Linda Davis, please visit our flower store.