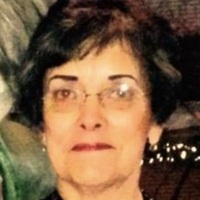 Linda Barnhart went home to God on December 6th, 2020 after a long battle with a neurological disease. She was living at the Legacy Living and Rehab Center in Gillette, Wyoming at the time of her passing. As a woman of faith, she was confident of her path and knew she would be free of the disabilities she had endured. Linda’s favorite hymn was “Just as I am” and John 14:27 was a bible verse she was fond of: “Peace I leave with you, my peace I give unto you: not as the world giveth, give I unto you. Let not your heart be troubled, neither let it be afraid”.

Linda was born in Mason City, Iowa on February 28th, 1945 to Clarence and Dorothy Strong. She graduated from Mason City High School in 1963. Linda married Dennis White in 1965 and resided in Iowa Falls, IA. She worked in banking between 1965-1968. She had two sons during this time which was the beginning of her most admirable accomplishment, being an extraordinary mother. In 1974, Linda married Terry Barnhart and would spend most of her life with him. Terry brought two sons to the family and they raised the four boys together. After several hunting trips to Wyoming, Linda and Terry found that they loved the mountains and the western way of living. They moved the family to Buffalo, WY in 1977 and they were immediately welcomed into the wonderful community.

Linda worked as a hostess at the Mexican Steer restaurant before she was hired at the Family Medical Clinic in Buffalo where she worked for 9 years between 1979 and 1988. She spent 2 ½ years at the Johnson County Public Health office before starting a 20-year period of employment at the Johnson County Clerk’s office. Linda ran for office in 1998, and was successfully elected as County Clerk. She served three terms before retiring in 2010.

During her career as County Clerk, Linda served as the President of the State of Wyoming County Clerks Assoc. between 2004 and 2006. Other accomplishments included serving as the Ad Board Secretary and a Stephens Minister for the First United Methodist Church as well as the Chaplain and Secretary for the American legion Auxiliary for several years.

Linda enjoyed the outdoors, especially the mountains. She was an avid hunter with her husband Terry in her younger years. They traveled together to Trap Shoots and Law Enforcement conventions quite often and made many friends along the way. Golf was one of her favorite pastimes, especially with close friends and family. Linda always put others first, and was a care-giver before anything else. To count the number of people she touched would be impossible. She will be missed by many.

Linda Barnhart was preceded in death by her son Stephen, her husband Terry Barnhart, her parents Clarence and Dorothy Strong, her sister Charlotte Nack, and numerous grandparents, aunts and uncles.

A celebration of life will be planned at a later date when family and friends are available to attend. Linda put her loved ones first and would want her large circle of friends to feel comfortable when they come to gather. Memorials and condolences may be sent in care of Gillette Memorial Chapel 210 West 5th Street, Gillette, WY 82716. Condolences may also be expressed at www.gillettememorialchapel.com

To order memorial trees or send flowers to the family in memory of Linda Sue Barnhart, please visit our flower store.