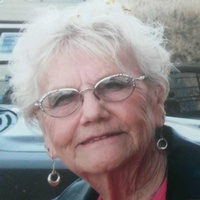 Memorial service for Lila Kindt will be held at 10:00 a.m., Thursday, July 26, 2018 at New Life Church with Pastor Mike Morrison officiating. Lila Kindt age 86, passed away in Gillette, WY on Wednesday, July 18, 2018. Lila Lee Kindt was born on May 31, 1932 in Geneseo Kansas, where she was the oldest girl of 6 with 3 older brothers. Lila had her first job at the age of 13, she graduated from Geneseo high school, where she excelled in cheerleading and was also a drum majorette. She married Francis Kindt on June 4, of 1950 and had 7 kids - 4 girls and 3 boys. In their early years of marriage, they owned and operated Lila's Cafe & Drive Thru and also LK Auto supply. The summer of 1969 the family moved from Geneseo to Biddle, Montana then to Gillette in 1971, to follow the oil boom. In the 70's and most of the 80’s she was a bookkeeper, during the years they operated Big 3 Oilfield Service. In 1987, Lila went to work at the Senior Center as an Outreach worker and then in 1989, she helped establish the In-Home Care department. Lila was instrumental in many areas of the senior community throughout many years. She was a VFW member for 65 years, a Red Hat Society member, and also a CASA advocate for the youth in Gillette. She was married to Francis for 64 years and in that time, they enjoyed many adventures like gold mining, fishing, hunting, and Senior Olympic trips. She was proud to attend and support the events of their grandchildren and great-grandchildren throughout the years, and after Francis passed in May of 2015. Lila’s most important role of all, was her vigilance and dedication to her youngest daughter, Susan and her care. Making sure she supported any and all Special Olympic events and other community support groups for people with special needs. Lila often described herself in later years of her life as a “bum”, though she enjoyed meeting up with friends at Perkins for coffee and meeting new friends, playing a hand of cards at the senior center, volunteering, and never shied away from sharing a risqué joke, even with a stranger. She was always trying to get a rise out of people, especially her grandkids. She took great pride in embarrassing her children and grandchildren with spontaneous outburst of yodeling, crowing like a rooster, cat call whistling, and occasionally telling someone they were #1. If she ever thought you were asking too many questions, she would use her famous one-liner, “Is your name booger, cause you sure are nosey.” Lila is survived by her sons, Michael (Mary) Kindt and Thomas Kindt; daughters, Debora Kindt, Vickie Kindt, and Susan Kindt; nine grandchildren, Mitch, Misty, Michael, Brian, Shayla, Steven, Brad and Christy; and nine great-grandchildren, Sera, Tasha, Mathew, Kaylie, Bridget, Bradyn, Jack, Taylor, and JC. She was proceeded in death by her husband, Francis Kindt; son, Patrick; daughter, Jeannie; and granddaughter, Angeline. In lieu of flowers memorials can be made in Lila’s name to benefit Life Connections. Memorials and condolences may be sent in care of Walker Funeral Home 410 Medical Arts Court, Gillette, WY 82716. Condolences may also be expressed at www.walkerfuneralgillette.com
To order memorial trees or send flowers to the family in memory of Lila Lee Kindt, please visit our flower store.