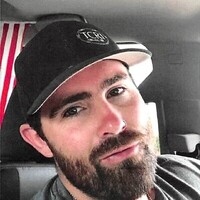 Memorial services for Levi Morgan will be held at 10:00 am on Tuesday, August 11, 2020 at Gillette Memorial Chapel with Pastor Marty Crump officiating. Levi J. Morgan, age 30, of Gillette, WY went home to be with our Heavenly Father on Wednesday July 29, 2020. Levi was born on January 7, 1990 in Gillette, WY to Jeffrey L. Morgan and Shanna K. (Webb) Reynolds. Levi was a happy little man when he was young, but he had his pouty ways when things didn’t go his way. As he got older the mischievousness was there for the taking. There wasn’t anything that looked like fun that he’d let pass by. He was a master at taking things apart and putting them back together. This achievement started when he was very young, and he continued to excel at it. Levi was a wonderful cook and you were lucky if you were ever treated to one of his meals. He could free hand draw amazingly beautiful pictures. He enjoyed being outdoors more than anything, going for rides on his Harley, riding four-wheelers and shooting guns with family and friends. Levi enjoyed spending time with his children. Levi was a God-fearing man who shared scripture with anyone who asked for guidance and some who thought didn’t but were heartened that they did. He had the Lord in his life from a young age. He was baptized in the name of the Father and the Son and of the Holy Spirit at the Family Life Church on April 17th, 2016 in Gillette, WY, by Pastor Marty Crump. Levi is survived by his mother Shanna and stepfather Chadwick Reynolds; father Jeff and step-mother-Becky Morgan; brother Ryan; step-sister Shelbie; daughters Jaidynn and Jauzlynn, and son Eckilles; maternal grandparents Ray & Bonnie Webb; paternal grandfather Richard Morgan; and many other family members and close friends. Proceeding Levi in death:  Aunt Sandra Webb and paternal grandmother Patricia Morgan. In lieu of flowers, a memorial has been established to benefit Levi’s children. Memorials and condolences may be sent in Levi’s name in care of Gillette Memorial Chapel, 210 West 5th Street, Gillette, WY  82716.  Condolences may also be expressed at www.gillettememorialchapel.com

To order memorial trees or send flowers to the family in memory of Levi Jeffrey Morgan, please visit our flower store.