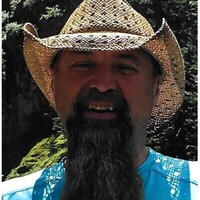 Les W. Davis, 60, of Gillette, passed away on Friday, April 3, 2020 in the Wyoming Medical Center. Les was owner/operator of Dyna Might, LLC. At the time of his death, he was employed by Enerflex Energy Service, Inc. in Gillette.

Les was born on February 27,1960 to Warren Davis and Kay Vetter in Pekin, Illinois.  He grew up in Morton, Illinois, moving to Gillette in the early 1980's.  He married his high school sweetheart, Brenda Ayers, on March 4, 2005. She was the love of his life and he let everyone know that!

Les loved his Red boat, 1967 White Camaro, trucks, hotrods,  his jobs working in the oil and gas field and most of all, he loved his vacations to Canada every year. He would spend his days in Canada fishing and running his boat all over the Lake of the Wood.  He wasn't much of a "putting around" the lake kind of guy, he loved his NEED FOR SPEED! Horsepower was his middle name; as most will tell you!

There will be a celebration of life in Gillette, Wyoming and also in Morton, Illinois when our world returns to normal.  His final resting place will be spread over Regina Bay on Lake of the Wood lake in front of his family's cabin.  This where he spent the favorite times of his life for 52 years.

To order memorial trees or send flowers to the family in memory of Les Davis, please visit our flower store.