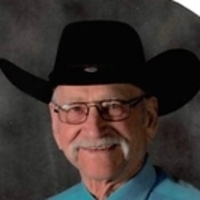 Leonard E. Morrison, 88, of Gillette died Saturday, April 4, 2020. Leonard’s inner spirit and desires of his heart were spoken often: “Oh, when I see Him will I be in awe, speechless, fall to my knees, I can only imagine what it will be like.” The joy he spoke of often was two of his sons, Mike and Dave, active in the ministry preaching God’s word. Leonard was born June 6, 1931, to Orville Morrison and Beulah (Clements) Morrison in Centerville, Iowa. The family moved to Montana when Leonard was 2 years old, where he received his schooling. As a teen, he worked for family on ranches and farms. His love was ranching, riding horses and haying where many friendships were made. In 1950, he married Lucille Shandy and they were blessed with five children. Leonard bought a rural milk hauling route that he ran prior to moving to Gillette in 1964. He often said that trying to feed his family of seven on something besides pine needles wouldn’t cut it. His truck driving skills were challenged and enhanced as he drove in Wyoming on gumbo, gravel and dirt roads hauling crude oil and then purchasing his own trucks and contracted with companies hauling oil field equipment, general merchandise and mining supplies from Canada to Florida. He ended his driving years with pumping wells in northeast Wyoming. He married Audrye (Mills) Browen in 2012 in Gillette. Leonard was active in their churches, enjoyed playing cards with friends, barbecues and camping trips to visit family. He loved his family and connected with them each year. Leonard is survived by his wife, Audrye; sisters, Marge Leonardi and Shirley (Warren) Ash; children, Mike (Sheri) Morrison, Dave Morrison, Lennie (Gloria) Morrison, Mary Jane Fieldgrove and Jeff (Valerie) Morrison; stepson, Steve (Brenda) Browen; several grandchildren and great-grandchildren; nieces and nephews; and brothers- and sisters-in-laws. He was preceded in death by his wife, Lucille; daughter-in-law, Cathy Morrison; son-in-law, Rusty Fieldgrove; niece, Patty Wolf; parents; grandparents; and stepchildren, Ron Browen and Sandi Browen. Inurnment will take place  at a private setting on Potato Creek at Morrison Family Cemetery. Memorials can be made in Leonard’s name to benefit Close to Home Hospice of Campbell County 300 South Burma Ave, Gillette, WY 82716. The family extends an invitation for fellowship and refreshments at Lennie & Gloria Morrison’s home, 9 Moore Court, following the service.

To order memorial trees or send flowers to the family in memory of Leonard Eugene Morrison, please visit our flower store.