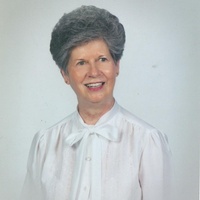 Lena Melvin Hardin Rosselott, 92, returned to our Heavenly Father on May 19th, 2019 at The Legacy Living and Rehabilitation Center in Gillette, Wyoming.

Lena was born in her Grandparents farm house on July 24, 1926 to Bennett and Lena Price Hardin in Oil Springs, Kentucky. Raised during the Great Depression in Cincinnati, Ohio, she was the oldest of five children from humble beginnings. Her siblings include: Virginia (Jerald) Whitley (mother of Tim, Danny, Matt, & John), John (Marian) Hardin (father of Johnny & Keith), Harry (Jayetta) Hardin (father of Jeff & Duane), and Mary Ann (Don) Morgan (mother of David & William). Harry and John preceded their sister in passing.

Lena grew up on the outskirts of Cincinnati, Ohio (Madeira) before graduating High school in 1944 in Wheelersburg, Ohio. Lena put herself through college by means of a Work Study Program and completed her teaching degree from Berea College, Kentucky in 1949. She loved teaching 1st grade children. While living in Owensville, Ohio, she met and fell in love with Millard Cyril (MC) Rosselott,  and they were married on June 9th, 1950. Millard succeeded in pulling her away from her school kids, but she never gave up her love of children and teaching. She had two children of her own. Born from that union were MC Rosselott, II (1951) and Patricia (Patty) Ann Rosselott (1952).

With her growing children off to school, Lena started a second career in finances and investments which led to her working with her husband at the First National Bank in Sardinia, Ohio. She started as a teller and eventually worked every position up to the Vice President of the Board of Directors. Her husband had worked his way to become the President of that bank and Lena’s duties there grew through the years. Upon his death, Lena became the President of the bank in 1971. She eventually became a Regional Board Director of Bank One Corporation (now J.P. Morgan Chase). Being a successful business woman and having always placed a high value on education, Lena also served as a trustee at Chatfield College in St. Martin, Ohio where there is still a scholarship in her name. Upon retirement she focused on family extensively. When not spending time with her grandchildren and great grandchildren, Lena enjoyed traveling, participating in art classes, walking in nature, watching “Jeopardy” and attending the Methodist Church whenever possible. Lena was a generous woman to all that she met, giving of her time, her talent and her treasure to many causes great and small.

Lena loved spending time with her grandchildren and they enjoyed taking turns staying with her. She took great joy in introducing them to the City of Cincinnati. She was a patron of the arts and a champion of education. She enjoyed sharing plays and musicals, trips to the library, the zoo, the movies and miniature golf with them just to name a few. Countless stories have been read and re-told to amazed, wide-eyed greats and grandchildren, and countless hours of joy given in her lap to those growing minds.

In 1999, Lena followed her children from Ohio to Bozeman, Montana where she lived for a decade before eventually moving to the Primrose Retirement Community in Gillette, Wyoming. There she enjoyed the good friendship of many others within that community and was centrally located to have family scattered around the area easily visit which we did, often.

Lena was a shining star standing far above others. Her love and tender care will be sorely missed by all that got to know and love her. She was a strong, intelligent, independent woman who never had a bad thing to say about anyone. She lived life to the fullest and made you want to be the best version of yourself. All of us are less for her passing. She showed us how to live and love, and in turn she was dearly loved and will be deeply missed. Her family is her legacy and we have some mighty big shoes to fill. May her stories and memories be passed on. Loving family was surrounding her at her last. On her wall hung a favorite plaque: “There are only two lasting bequests you can give to our children, “One is roots and the other is wings.”

A visitation and service will be held at Beam-Fender Funeral Home in Sardinia, Ohio at 10:00 a.m., Tuesday, May 28, 2019. Burial and graveside service at Buford, Ohio Cemetery at 11:00 a.m., May 28, 2019. She will travel from Wyoming with family to lay next to her beloved husband “MC” Rosselott, I, who preceded her in passing. They are reunited now in heaven.

“DO NOT let your hearts be troubled. Trust in God; trust also in me. In my Father’s house are many rooms; if it were not so, I would have told you. I am going there to prepare a place for you.” John 14:1-2

The family request that memorials be made in Lena’s name to benefit Berea College Scholarship Fund. Memorials and condolences may be sent in care of Walker Funeral Home 410 Medical Arts Court, Gillette, WY 82716. Condolences may also be expressed at www.walkerfuneralgillette.com

To order memorial trees or send flowers to the family in memory of Lena Rosselott, please visit our flower store.